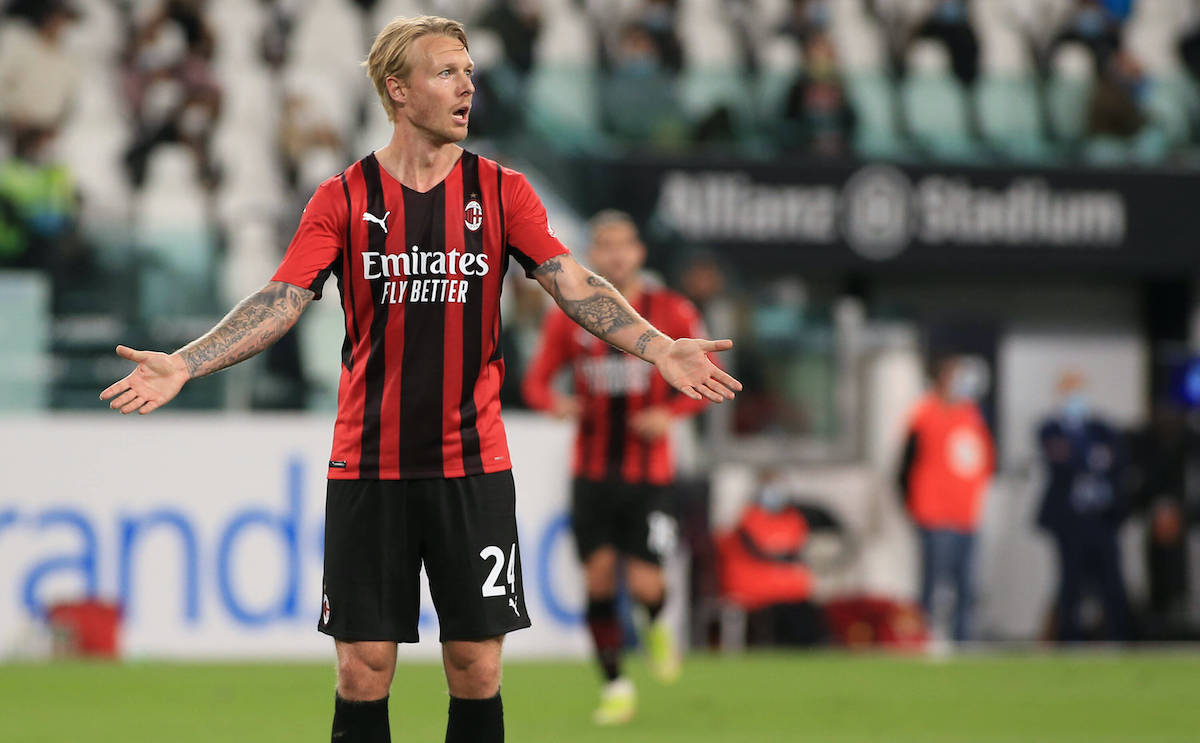 Reports: Centre-back recovers in time for Atalanta but full-back risks a month out

AC Milan head coach Stefano Pioli should be able to count upon Simon Kjaer once again for Sunday’s game against Atalanta, a report claims.

This morning’s edition of Tuttosport (via MilanNews) writes that some good news has arrived from the Milanello treatment room as Kjaer has recovered from his physical problems and will return to the disposal of Pioli.

It is not excluded that the Rossoneri boss could decide to field the Dane from the first minute against Gian Piero Gasperini’s Atalanta in Bergamo on Sunday evening in Bergamo, alongside Fikayo Tomori.

However, according to La Gazzetta dello Sport (via MilanNews), full-back Alessandro Florenzi is likely to be out for a month as he will undergo a specialist consultation in Rome today to establish the cause of the pain in his left knee.

A rest period is one solution, or arthroscopic surgery is the other. In the first scenario the 30-year-old could return after the international break, in the second case he would need at least a month.