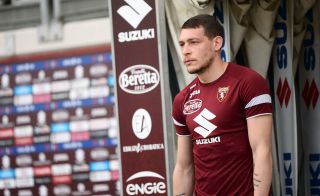 Reports: Everyone at Milan agrees on Belotti – three factors favour the Rossoneri’s pursuit

AC Milan have decided to renew the contract of Zlatan Ibrahimovic but they are not done there, according to a report.

Calciomercato.com reports that the official announcement regarding Ibrahimovic’s one-year extension is a matter of time, with the striking continuing at €7m for another season, but at the same time the management want to strengthen the attacking department even more by signing a centre-forward of proven quality.

The report even adds that Torino’s Andrea Belotti is the name that ‘everyone agrees on’ and the Rossoneri are following his situation closely – as are Roma – given president Urbano Cairo has to deal with a contract expiring in 2022. Belotti’s valuation, given the approaching deadline, is around €30million.

The article goes on to cite Tuttosport in reporting that Maldini and Massara are looking to tempt Belotti with three different factors. The first is the possibility of playing for a spot with Ibrahimovic, something which teases the Italy international. The second is the chance to improve his salary considerably from the current €2m net, and finally the sporting ambition which would see il Gallo compete in Europe and for trophies.