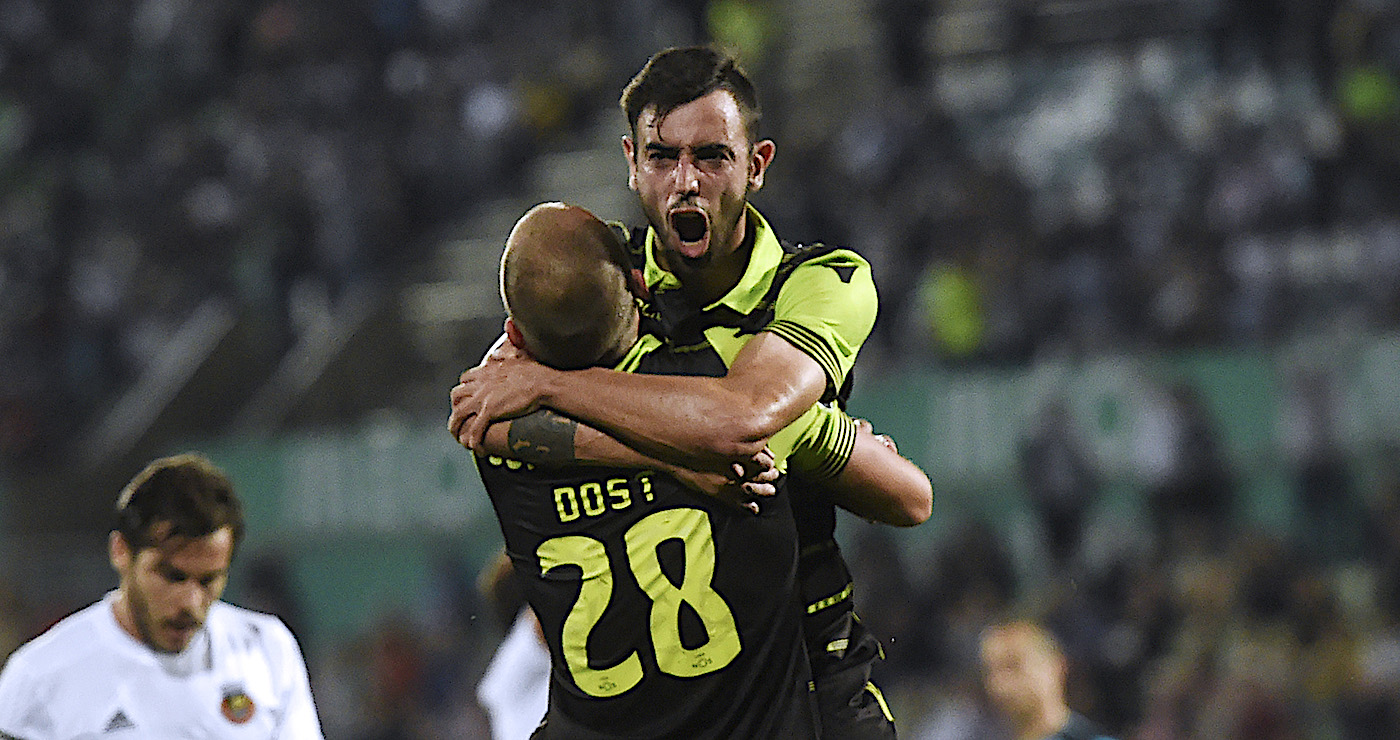 Speculation linking AC Milan with a move for Sporting CP midfielder Bruno Fernandes has continued in the Italian press.

Reports emerged on Sunday suggesting that Jorge Mendes is looking to bring Fernandes to Milan, after his move to Manchester United collapsed.

However, MilanNews.it confirmed later in the day that while there were contacts earlier in the summer, there is nothing concrete surrounding the link at present.

Tuttosport (via Football Italia) have provided an update on Monday though by suggesting that there have been fresh contacts between Milan and Fernandes’ representative Miguel Pinho to enquire about a deal.

Andre Silva could apparently be included as a counterpart, but €40m in cash would still need to be raised as the striker is valued at €30m.

If the Rossoneri were to pursue Fernandes, then it would mean turning down the chance to sign Angel Correa and selling Suso, with Fiorentina, Roma and Lyon reportedly interested in the Spaniard.

Meanwhile, il Corriere della Sera have given their own take on links with the Portugal international by claiming that Mendes offered him to Milan in the last few hours.

However, Paolo Maldini and the rest of the leadership have apparently turned down the chance to sign him.