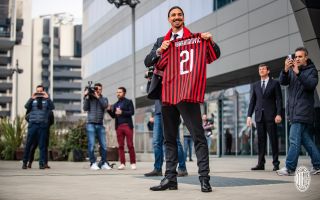 AC Milan cannot ask Zlatan Ibrahimovic to forego his commitments at the Sanremo Festival but alternative solutions are being examined, reports claim.

As La Gazzetta dello Sport explains this morning (via Calciomercato.com), it seems impossible for Milan to ask Ibrahimovic to renounce his presence at the festival next week. The reason for this is that the contract signed by the Swede regarding his appearance there pre-dates the signing of his renewal with Milan.

The club had accepted when they offered and subsequently signed the new deal that it was going to happen, and now at such short notice it seems impossible for the situation to change.

According to il Corriere della Sera meanwhile (via MilanNews), there is the possibility that a helicopter could be used instead of a car to cover the 350km between Milan and Sanremo to avoid as much of a tiring daily commute.

The paper adds how yesterday Zlatan was the first to reiterate that, if the situation remains delicate, it would be better to train with the team every day.