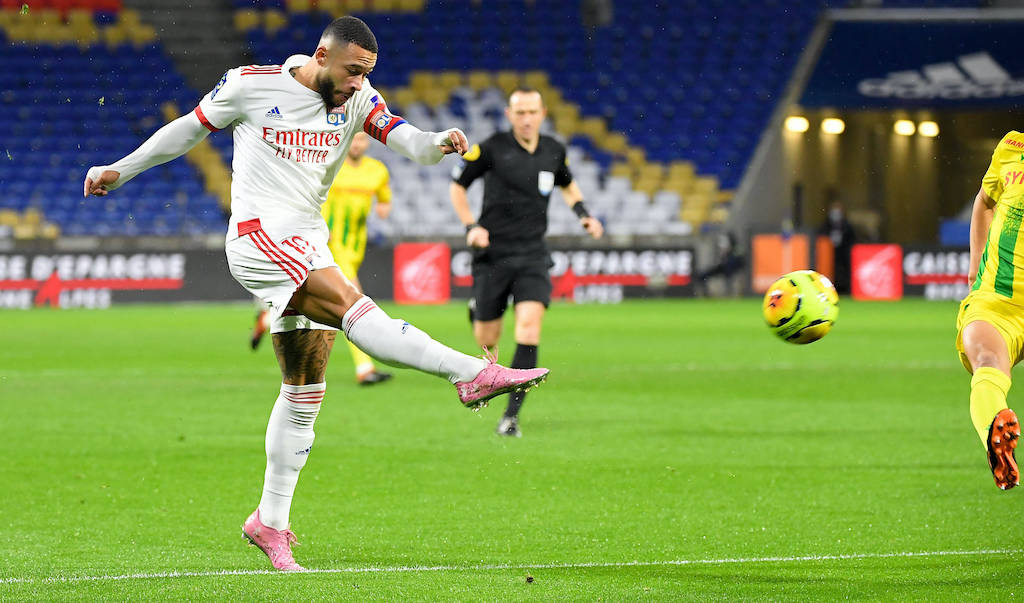 AC Milan have been joined by city rivals Inter in the race to land Lyon star Memphis Depay, according to reports from Italy and France.

Milan continue to be persistently linked with a move for the forward who could become one of the big opportunities of the market in coming months as a number of top clubs have been credited with interest.

His contract expires in June, and Sky Italia reported on Friday how his name could be back in fashion for Milan and other top European clubs as early as this January, given that the agreement for the renewal of his contract with Lyon is still missing.

According to Calciomercato.it, the long-standing interest of Milan and Juventus is ‘well known’ while Barcelona have also been heavily linked, but Inter have now joined the race.

That is according to their sources, while they also cite France Football in the report who reiterate that the Nerazzurri have also joined the race and will try to beat the competition, possible signing him in January.