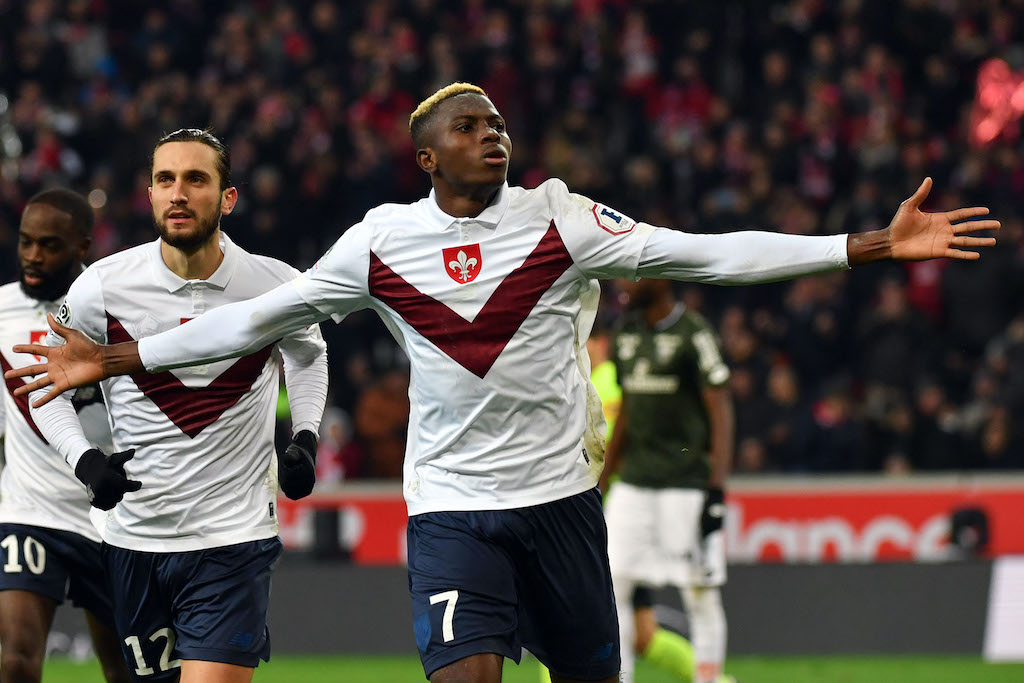 Reports: Liverpool and Man Utd dive back in as Napoli stall on €81m deal for Milan target

Napoli’s proposed deal for Lille striker Victor Osimhen appears to be on the rocks as they are playing hard ball over a couple of things, it is claimed.

It seemed as though the Nigeria international was destined to seal a move to Napoli as he visited their training ground and met both head coach Gennaro Gattuso and president Aurelio De Laurentiis in recent days.

However, Football Italia then reported last week that Milan are now trying to insert themselves into the picture as the player has asked for time to assess his options. The source stated that the Rossoneri are preparing a bid for the 21-year-old.

According to a report on the same website – citing L’Equipe – the deal is now on the rocks as Lille are also not prepared to accept Adam Ounas as counterpart, demanding €81m in cash.

As a result, Osimhen’s agent also reportedly approached several Premier League clubs to see if they want to get involved, with Il Mattino claiming Manchester United are keen and Sportitalia suggesting Liverpool are the more likely suitors.