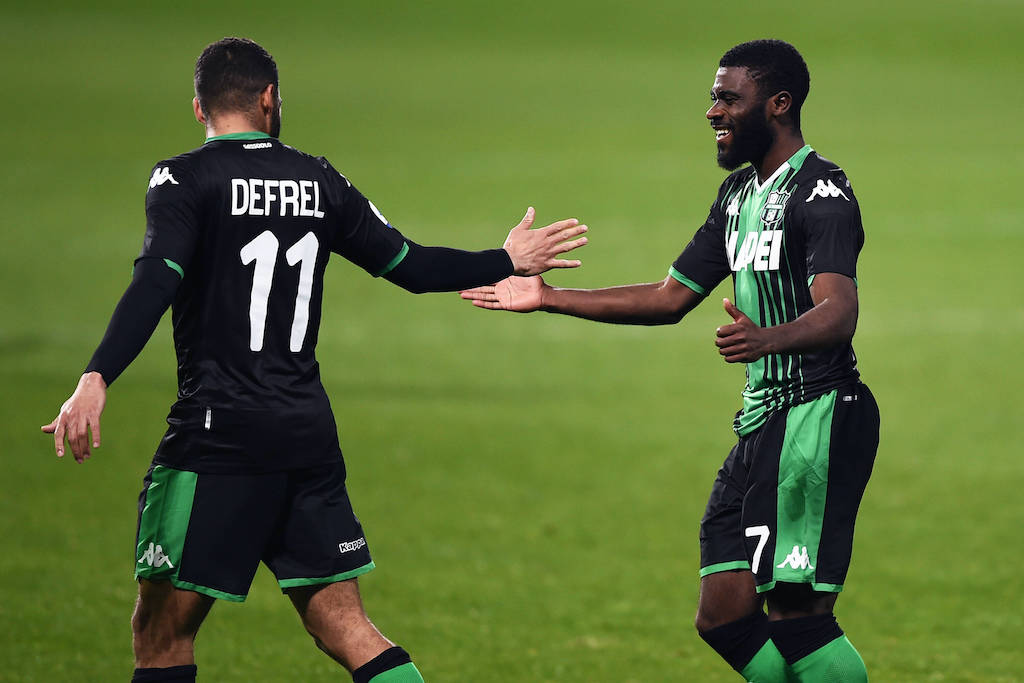 Manchester United are targeting Sassuolo winger Jeremie Boga this summer, a report claims, amid links with a move to Milan.

According to the latest from Calciomercato.com, Boga’s future is still to be written. Sassuolo’s intention is to keep him, and an offer of €30million may not be enough for them to sell but would certainly be a tempting offer.

However, another suitor appears to have joined the race, as StrettyNews report that that Manchester United are tracking the 23-year old attacker, as per sources close to the player.

Bayer Leverkusen, Wolfsburg, Napoli, Everton and Borussia Dortmund are all keen on Boga, who is an alternative target to Jadon Sancho for the Red Devils.

“Our source has confirmed that they’re convinced the Reds will go for Sancho, but has acknowledged that they are seriously considering Boga as a more realistic alternative should any proposed move for Sancho fall-through,” the report states.

ESPN FC also believe that United have identified Boga as an alternative to Sancho, would could cost over £100m.