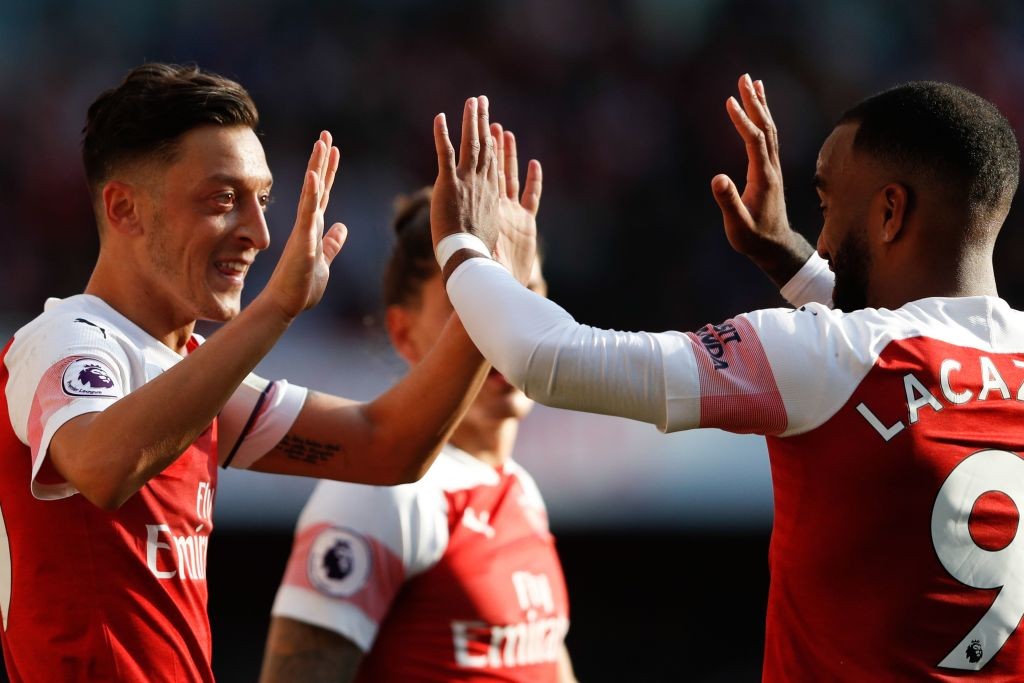 AC Milan are one of four clubs interested in the idea of signing Arsenal outcast Mesut Ozil, according to a report.

English newspaper the Daily Mirror reported on Wednesday that the Gunners are ‘thinking of ways’ to get rid of Ozil and his £350k-a-week wages.

Manager Unai Emery has favoured playing the club’s youngsters so far and as a consequence the 30-year-old has played just 142 minutes of competitive action in all competitions this season.

The report continues by adding that Ozil ‘believes there is no way back’ in terms of his Arsenal career, despite not wanting to leave the club.

The north London club ‘realise they will have to pay a huge chunk of his contract’ if he is to join another London club, the Mirror concludes.

According to Calciomercato.it though, this is where Milan could come into the equation.

The same outlet recently claimed that the Rossoneri are among the admirers of Ozil, who has amassed 43 goals and 74 assists in 233 competitive appearances for Arsenal.

Now, their update claims that Milan are one of four teams interested; the other three being Inter, Napoli and Fenerbahce.

There is of course a link between the Diavolo and Arsenal in Ivan Gazidis, who work at the Emirates Stadium at the time when Ozil was signed, and is likely still well connected to his former club.