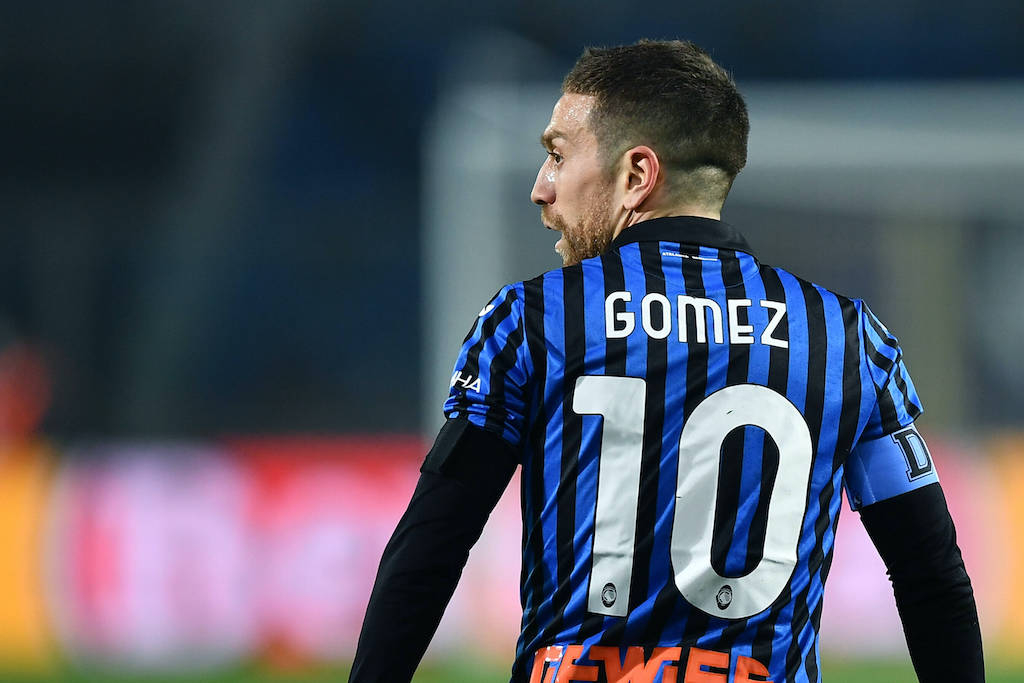 Reports: Milan and Inter could pounce as star Atalanta playmaker looks nailed on for exit

AC Milan and Inter are both keeping a close eye on the evolution of Alejandro Gomez’s situation at Atalanta, according to a report.

According to Calciomercato.it, there is an increasingly tense relationship at Atalanta between Gomez and head coach Gian Piero Gasperini, and the Argentine attacking midfielder is now expected to leave in the January transfer window.

The report adds how Gomez could still remain in Serie A, with Milan and Inter thinking of a possible assault for the 32-year-old in the winter mercato.

The Rossoneri would need a replacement in case of Hakan Calhanoglu’s early departure, as he seems far from renewing at the moment with his contract expiring next June.

The Nerazzurri meanwhile ​​are instead wondering what to do with Christian Eriksen, who seems destined to change club when the market reopens.

Milan and Inter are ‘at the window’ for Papu, who has a valuation of €8-10m given his age and the fact he is seemingly no longer a part of Atalanta’s plans.

“There was a truce for the Champions League but today’s exclusion is not only due to turnover, it is also the sign of a crisis that can lead to the sale of Gomez in January.

“We still don’t know which club [he could join], we’ll have to figure out if he wants to lower the target of his next club or if he wants to go abroad.”