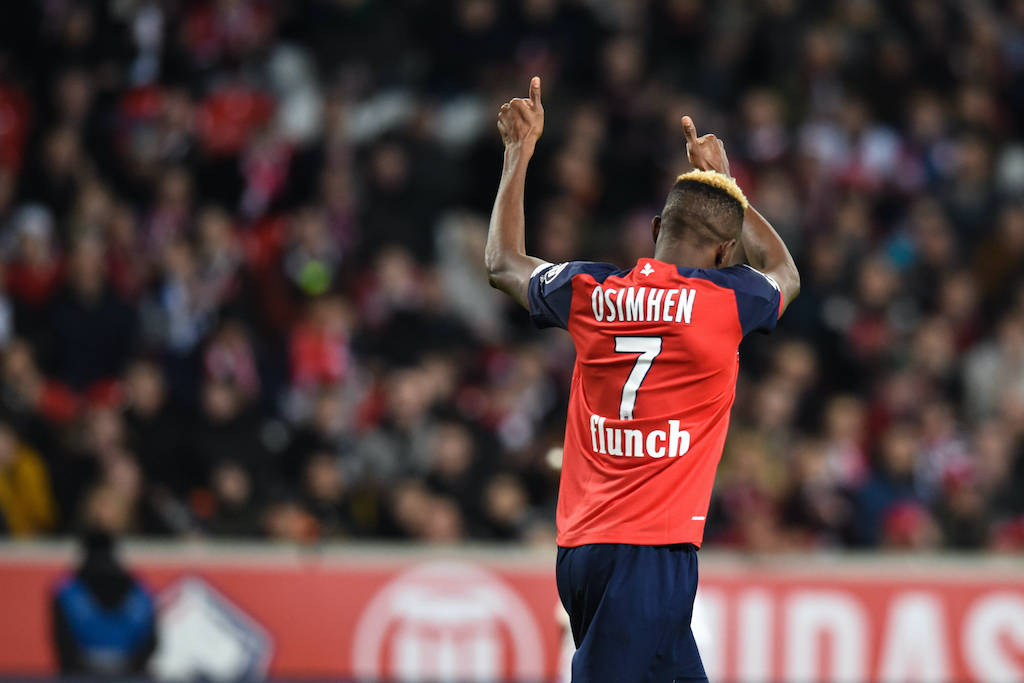 Reports: Milan and Liverpool miss out as striker is all set for medical ahead of €81m Napoli move

AC Milan and Liverpool are set to miss out as Lille striker Victor Osimhen is all set to complete a move to Napoli, a report claims.

However, they added that Milan were trying to hijack the deal for the €50m-rated 21-year-old and were preparing an offer.

Nonetheless, a number of different sources – including Nicolo Schira on Twitter – are reporting that negotiations between Osimhen and Napoli are in the closing stages and he looks all set for a move to the Partenopei.

Football Italia report that the previous agent was ‘trying to negotiate extra bonuses for himself’ and that’s where the delay came from, while the cite L’Equipe in claiming the deal will cost Napoli around €81m.

His medical is set for Thursday, meaning Milan and other linked clubs such as Liverpool look set to finally miss out.