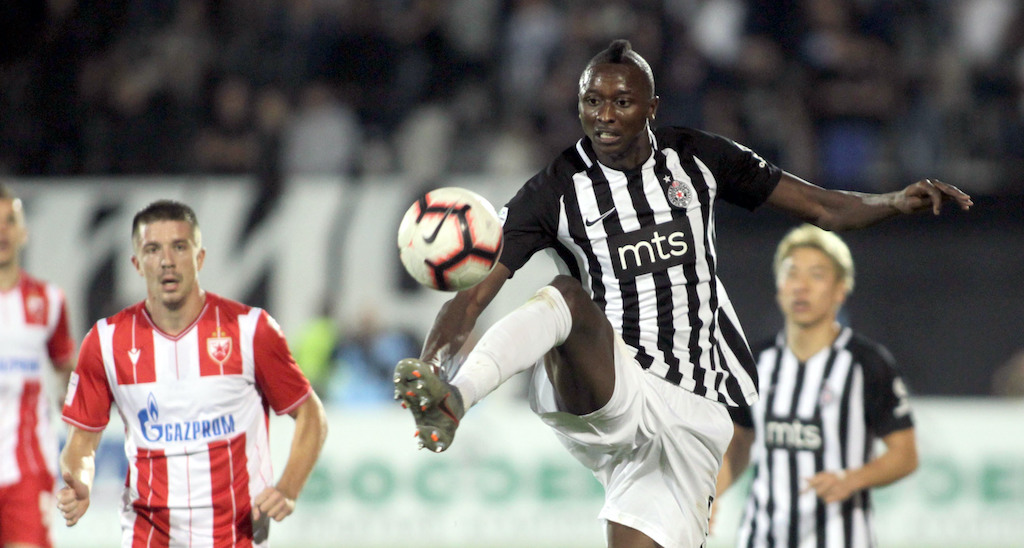 AC Milan were one of five teams who were present to watch Umar Sadiq in action on Wednesday night in Serbia, according to a report.

Belgrade-based newspaper Telegraf (as cited by MilanLive) reported that the Rossoneri would have scouts present at Partizan vs. Red Star in the cup to follow four players.

The quartet highlighted were Zeljko Gavric and Veljko Nikolic of Red Star, a left winger and a playmaker respectively, as well as Lazar Pavlovic (centre-back) and Filip Stevanovic (attacking midfielder) of Partizan.

However, the Scottish Sun are reporting that Milan also scouted Nigeria U23 international Umar Sadiq during the game too. He set up the only goal in Partizan’s 1-0 win and was also watched by Manchester United Valencia and Moscow rivals CSKA and Spartak.

Completesports.com report that Sadiq – who joined Partizan Belgrade on a permanent deal from AS Roma in January – is valued at around €15m, and confirms the interest of Milan and United.

The 23-year-old has 17 goals and 16 assists in 38 games across all competitions this season for the Serbian club, as per Transfermarkt.