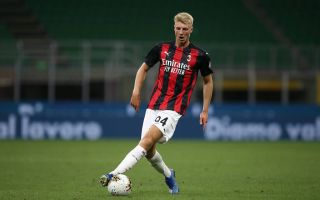 AC Milan are ready to potentially let two midfielders leave in the summer window, according to a report.

Wednesday’s papers – starting with Tuttosport (via MilanNews) – take stock of Milan’s midfield situation, particularly those competing to be the back-ups to Ismael Bennacer and Franck Kessie.

They begin by talking about Marco Brescianini, a product of the Rossoneri youth sector who made his Serie A debut against Cagliari in the last game of the season.

As sporting director Ricky Massara basically confirmed in Tuesday’s press conference, the teenager will not remain in Stefano Pioli’s squad for the 2020-21 season, but instead will go on loan to a Serie B team to gain experience, just like Tommaso Pobega at Pordenone.

Meanwhile, La Gazzetta dello Sport (via MilanNews) are reporting that Tiemoué Bakayoko’s arrival could push Rade Krunic out of the exit door.

Once the return of the Frenchman is confirmed, Milan will discuss Krunic’s future with him, with Bundesliga side Freiburg showing the most serious interest.