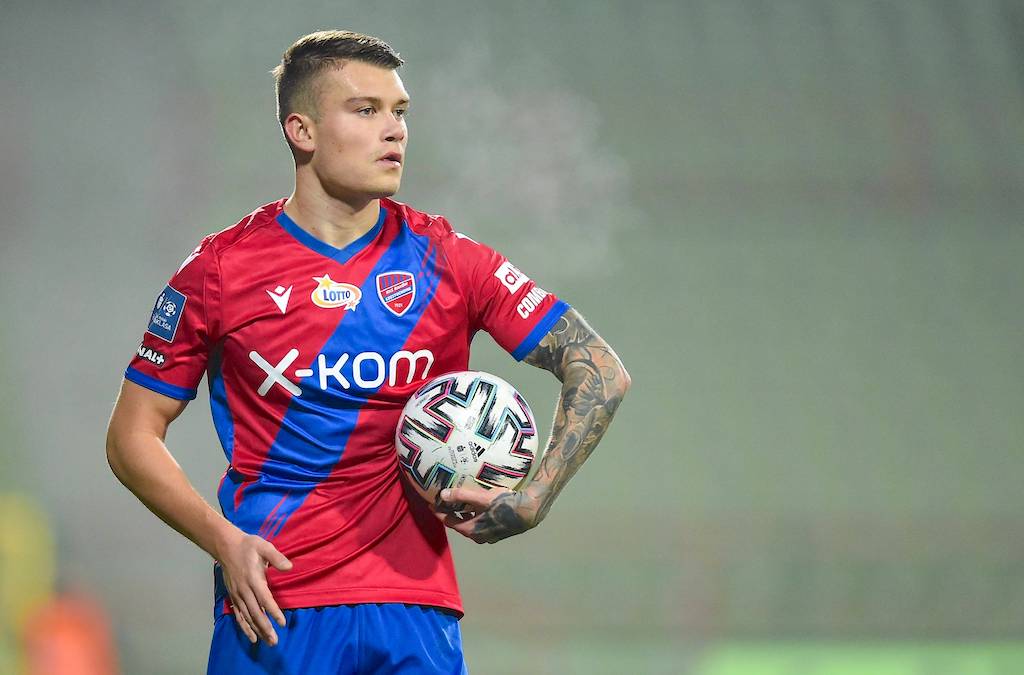 AC Milan are one of the clubs interested in signing Polish defender Kamil Piątkowski, according to a report from his homeland.

According to TMW, Piatkowski of Rakow is attracting interest from Milan as he is one of the rising stars of Polish football. The 20-year-old is primarily a centre-back but is a player of great versatility as he can also play full-back, wing-back and also as a midfielder.

The Rakow president directly confirmed that he has rejected a €3million bid from the player from an unnamed club, with the player popular in Germany and beyond. The player was recently scouted by Milan, but the management are currently going for Strasbourg’s Mohamed Simakan and Schalke 04’s Ozan Kabak more strongly.

According to Polish outlet Weszlo, Piatkowski is indeed attracting interest from the Milan management. The paper describes him as one of the best defenders in Polish league and a member of U21 national team.

Scouts watched him twice in Poland and although Simakan is first choice, Piatkowski is the third or fourth option on the wish list. There were talks between the clubs and agents, so it is not just a baseless rumour.

Journalist Szymon Janczyk told us that Raków Częstochowa had an offer from Udinese (€3m) last summer but they also want a resale clause inserting for a potential future move. Now Udinese and Sassuolo are in the race, but also some clubs from western Europe.