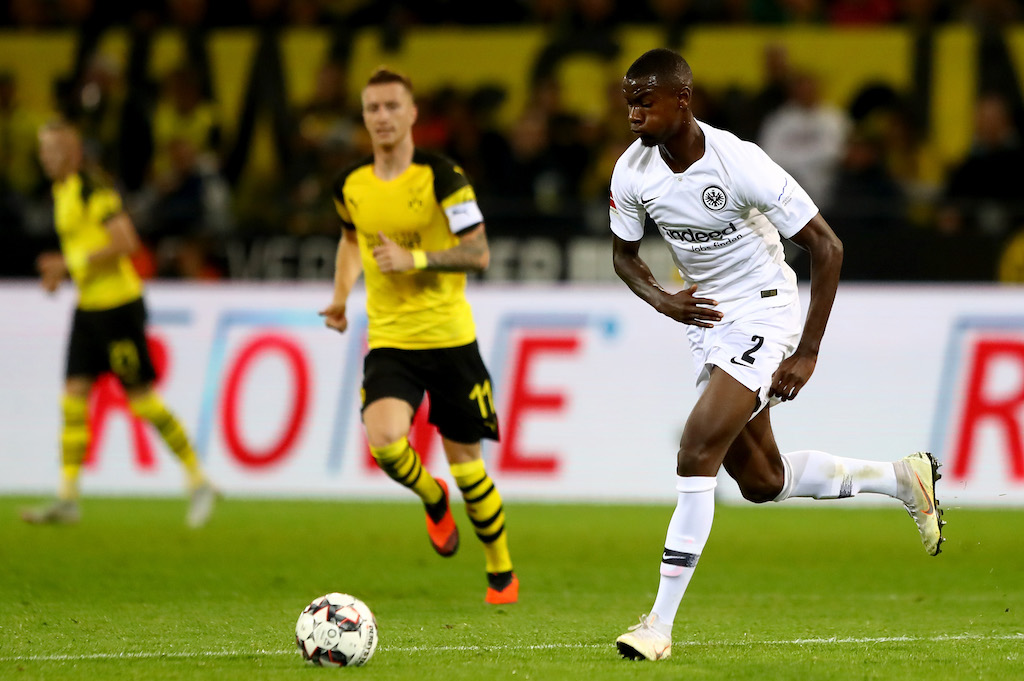 AC Milan face strong competition in their pursuit of Eintracht Frankfurt defender Evan N’Dicka, a report claims, but a replacement has been sourced by the German side.

It was reported by Sky Sports in the UK earlier over the weekend that both Milan clubs as well as Arsenal, Liverpool, Sevilla and Valencia are all interested in the France U21 international.

Calciomercato.com‘s Daniele Longo then confirmed the interest of the aforementioned clubs on Sunday, adding that the Bundesliga side are likely to ask for a fee of around €25million to sell the young centre-back this summer.

According to the latest from the same outlet, Milan face competition in particular from a LaLiga duo in Atletico Madrid – who have recently been linked with Alessio Romagnoli – in addition to Sevilla.

Meanwhile, the Karadeniz Gazete are claiming that Eintracht have already chosen Trabzonspor’s Huseyin Turkmen as the successor to N’Dicka, implying that they are preparing for his sale in the upcoming window.