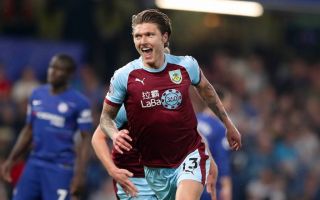 There are conflicting reports regarding whether Burnley midfielder Jeff Hendrick is close to joining AC Milan in the English and Italian media.

Sky Sports in the UK (via MilanNews) are apparently reporting that Hendrick is close to signing for Milan after he refused any proposal to renew his current deal with the Premier League side.

Hendrick has been released today meaning he would be free to sign with another club, but Daniele Longo of Calciomercato.com has denied the rumours on Twitter.

In addition, MilanNews are now reporting themselves that the club have not confirmed the rumours and that at the moment it is all merely speculation.

The Irishman can play both in front of the defence and as a box-to-box midfielder, and an intermediary apparently offered him to the Serie A duo.