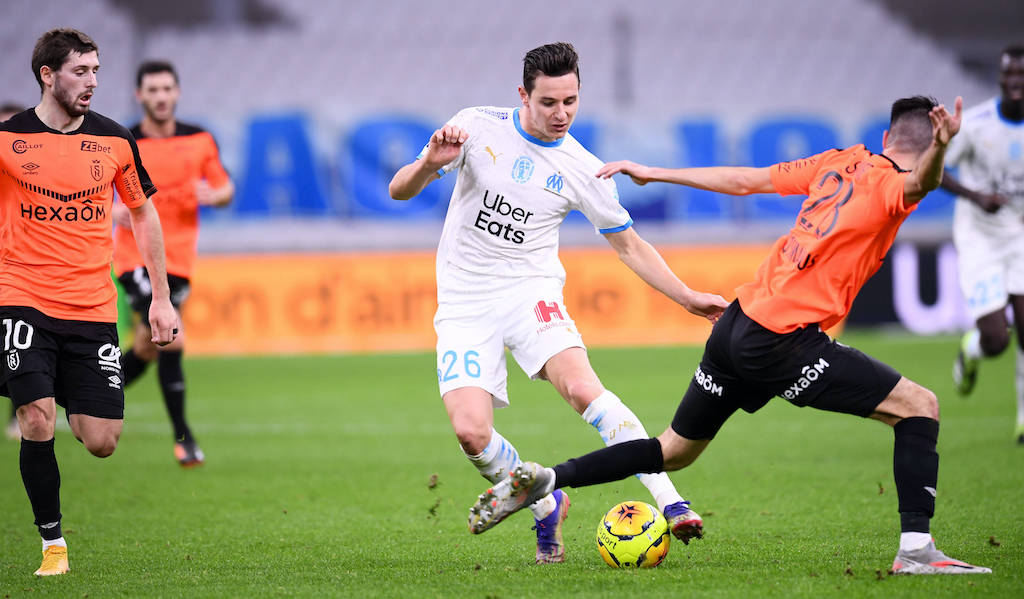 Reports: Milan still keen on signing Ligue 1 winger and have made offer but Napoli join the hunt

AC Milan are still in pursuit of Florian Thauvin, reports claim, but they have been joined by Napoli in the race for the Marseille winger.

According to a report on Calciomercato.com, Thauvin is set to be one of the hottest names in the January transfer window as his contract is set to expire on 30 June 2021 and he is ready to free himself from Marseille, with several clubs trying to compete for his services.

Paolo Maldini declared the following a few weeks ago regarding Thauvin: “He is a player who will be at the end of his contract, so he is an interesting player from an economic point of view. He is a high-level player. Surely he is a profile that must be followed.”

With these words, Milan manager Paolo Maldini had certified his approval for the contacts and an offer has already been submitted to his agents of €3m net per season, which is lower than the €5m he is asking for but the situation remains ongoing.

Calciomercato.com also cite a report from il Corriere dello Sport which claims Milan are not alone in the race for Thauvin, as Napoli sporting director Cristiano Giuntoli has also reached out to the player’s entourage as he looks to replace Jose Callejon’s place.

Milan have no budget to seal his signing in the winter, but Napoli have a small margin, which could obviously work in their advantage.