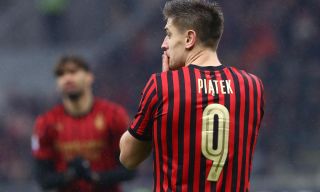 Reports: Milan watching on as return to Genoa for Piatek could spell good news

Reports are suggesting that Krzysztof Piatek is closing in on a return to Genoa and that could spell good news for AC Milan.

As MilanLive reports, Telenord are reporting that the negotiation for the return of Piatek to Genoa is ongoing but is far from closed. There are several obstacles to overcome such as the striker’s salary, which is around €3m net per season.

Enrico Preziosi, Genoa’s number one, has now made his target clear and that is to buy a new centre-forward. Piatek’s name is on the list and Milan are an interested spectator of this negotiation, and for a very clear reason.

If Piatek were to arrive then it would free Gianluca Scamacca to move in January, a player heavily linked with Milan over the past few weeks. The purchase of a centre-forward by Genoa could be an assist for Milan in the negotiations for Scamacca, however Sassuolo still want €20m to sell the talented young forward.