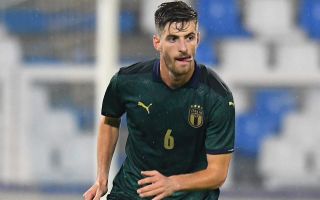 AC Milan defender Matteo Gabbia is attracting interest from a number of clubs in Italy, according to the latest reports.

The 20-year-old made his first appearance of the season on Wednesday night as he replaced Simon Kjaer for the final eight minute of the Rossoneri’s 3-0 win over SPAL in the Coppa Italia.

Despite the fact that the coaching staff decided to keep him around beyond the summer to let him develop with the senior side, Gabbia may be allowed to leave on loan this month if the club deem it a good idea for him to get more playing time.

According to the latest from MilanNews.it, Gabbia’s agent Tullio Tinti has held discussions with the Rossoneri leadership at Casa Milan regarding the future of the Italy U21 international, with a number of requests having come in.

According to Calciomercato.com reporter Daniele Longo, Serie A side SPAL are interested in Gabbia, while Serie B due Crotone and Benevento, however Milan would not let him leave without a replacement.