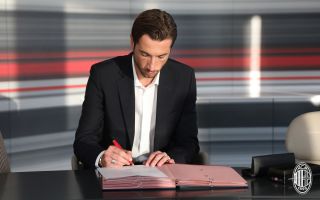 Milan will make the trip to the Spanish capital to face Atletico Madrid knowing that their chances of qualification for the last 16 of the Champions League are slim but not zero. There are still two rather difficult scenarios which would see them qualify, but most importantly a win against Atleti is the only option.

According to reports from Tuttosport (via MilanNews), Pioli is considering whether to still trust Ciprian Tatarusanu between the posts after his error in Florence or whether to give Antonio Mirante a chance, who is now at top condition after training regularly.

Meanwhile, both il Corriere della Sera (via MilanNews) and Il Giornale are reporting that the centre-back pairing will be Simon Kjaer and Alessio Romagnoli as Fikayo Tomori is likely to miss the game due to the hip injury he sustained which forced him to miss the game against Fiorentina.