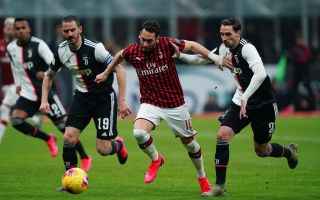 Some details have begun to emerge after the meeting between agent Gordon Stipic and the AC Milan management over the renewal of Hakan Calhanoglu.

A number of sources had reported that Stipic was due in Italy today to meet Paolo Maldini and Ricky Massara and discuss the potential renewal of his client, and a video confirmed his presence at the club’s headquarters.

According to Calciomercato.com reporter Daniele Longo, positive news has emerged from the player’s entourage following the meeting. He claims there was constructive and positive dialogue regarding a new deal.

Fabrizio Romano confirms that talks are on to extend his contract, which is set to expire next June. Milan are still working to reach an agreement, while there is nothing advanced with Manchester United now while he’s negotiating with the Rossoneri.

Finally, MilanNews report that there was a constructive discussion between the parties which will be followed by other meetings. The meeting lasted four hours, and at the end Maldini and Massara left for Genoa where the Rossoneri No.10 will be in action against Genoa.

CM: Milan lacking the economic resources for a Scudetto win – a crossroads approaches for Elliott
24 January 2022, 18:57
Serie A Standings