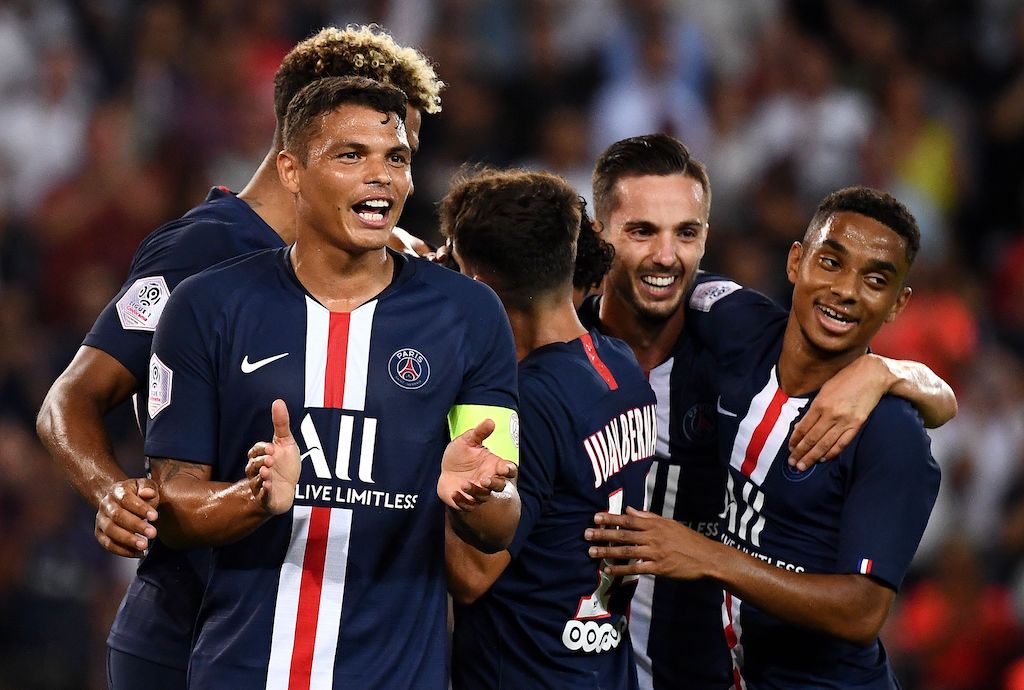 Thiago Silva has given his priority to AC Milan as he looks for a new club ahead of the 2020-21 season, according to reports.

Several previous reports have claimed that Thiago Silva is hoping for a call from Milan, as he will be out of contract at the end of the season as Paris Saint-Germain have for now chosen not to renew him.

The 35-year-old would apparently like to reunite with his friend Zlatan Ibrahimovic, and has told his agent to offer his services to the Rossoneri.

According to Vito Angele on Twitter, the centre-back has asked to return to Milan, and technical director Maldini is thinking and reflecting, but the club have other plans for now.

Meanwhile, Sky Italia journalist Gianluca Di Marzio (via MilanNews) confirms the above, stating that the Brazilian ‘would gladly return to Milan’ which is his ‘priority’ even if Milan ‘seem to have other ideas’.

The journalist did underline how Fiorentina have had the most in-depth contacts of any Italian club and are a destination that Thiago Silva would not be totally against.