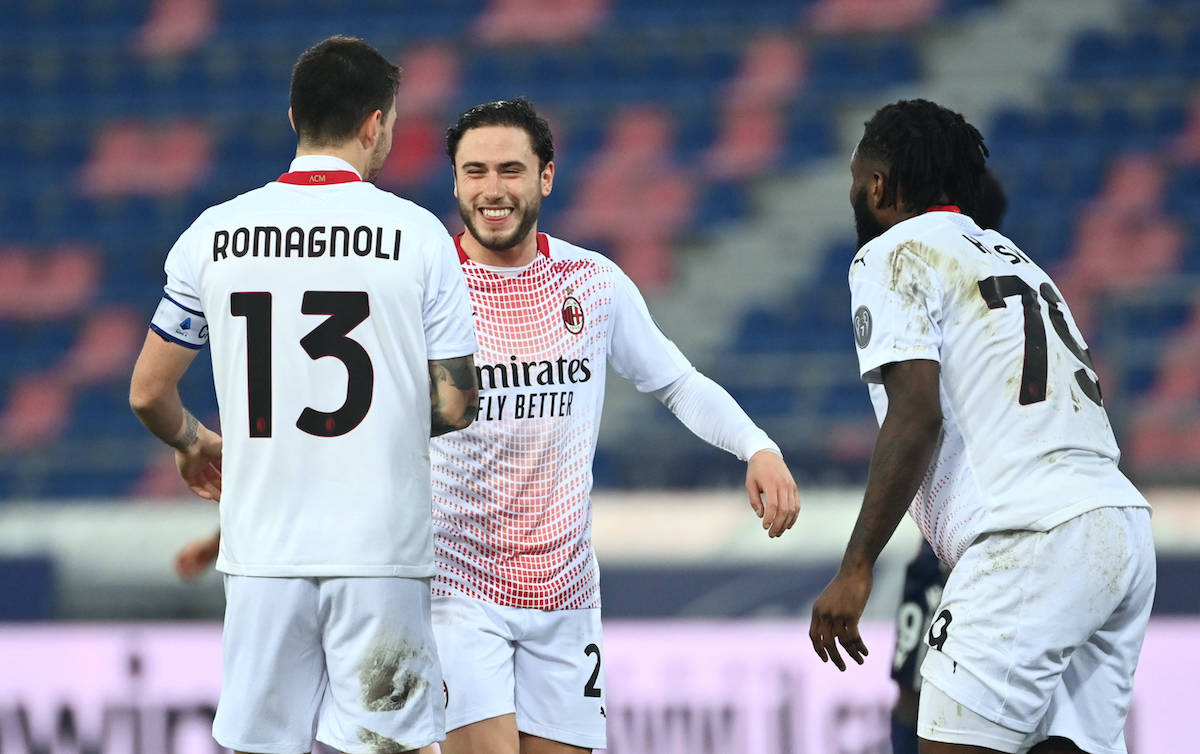 Reports: Romagnoli and Calabria will not report for international duty – updates on injured quartet

Four key players will miss tonight’s Europa League last 16 return leg against Manchester United, while two of them have been ruled out of international action too.

According to Sky Italia (via MilanNews), Romagnoli and Calabria – who will not be available to Stefano Pioli tonight – will not report to the national team, meaning Roberto Mancini will have to do without them for the three games at the end of March.

Here are the updates regarding the quarter who were in doubt and have not been called up, via MilanNews…

Romagnoli: The defender had a calf discomfort and tomorrow he will do some tests to understand the extent of his injury.

Rebic: The hip discomfort that had kept him out in the past few weeks has returned.

Calabria: The Rossoneri full-back continues to work to relieve the pain in the pubis

Leao: The Portuguese is struggling with a muscle discomfort in the flexor remedied Sunday in the match against Napoli.