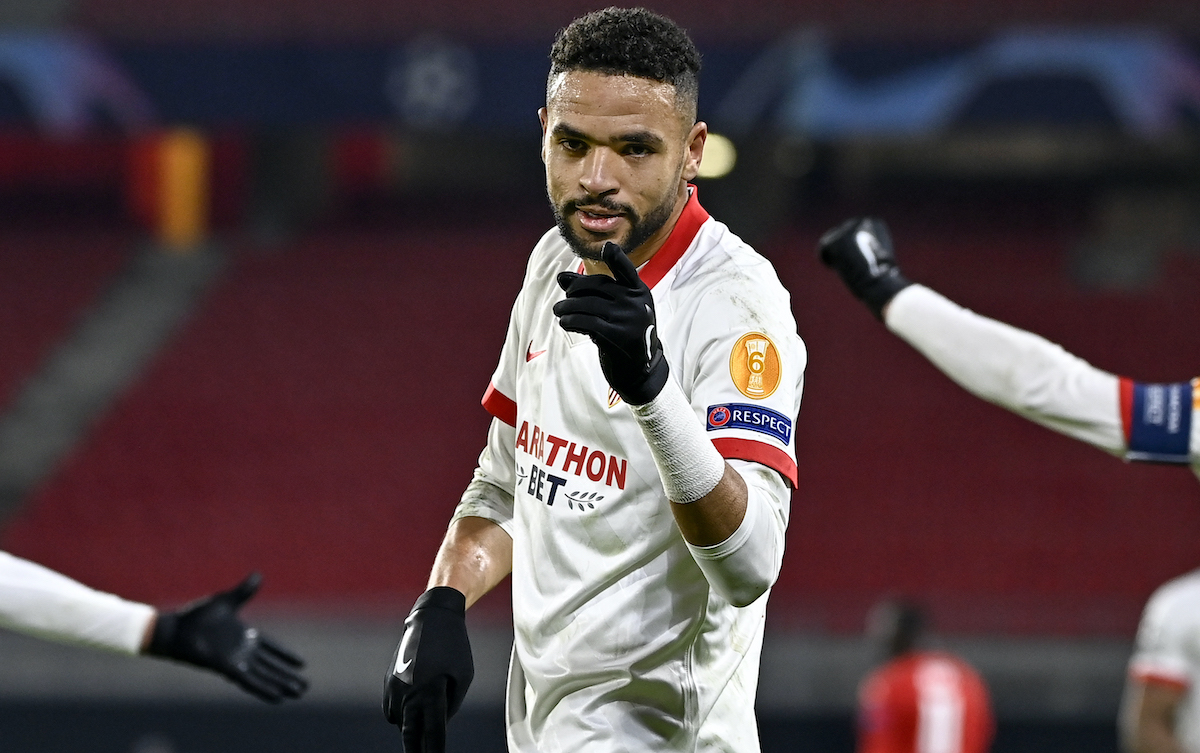 AC Milan are one of Europe’s top clubs who have taken an interest in Sevilla striker Youssef En-Nesyri, according to a report.

As PianetaMilan writes, En-Nesyri is one of the hottest names at the moment related to the transfer market. Having established himself at Leganés – where he scored 11 goals in 34 matches between league and cup – Sevilla paid €20m to sign him back in January 2020.

The Moroccan striker had a good second half of the season scoring 6 goals in 28 games, but this season he has really hit another gear bagging 17 goals in 31 games, including 4 in 6 appearances in the Champions League.

The report claims that a number of top clubs have taken interest including Milan and Roma, while Manchester United, Liverpool and West Ham in England are also keen. However, Estadio Deportivo are reporting that Sevilla are ready to renew his contract which currently runs until 30 June 2025, raising his salary to €3million net per year to convince him to stay.