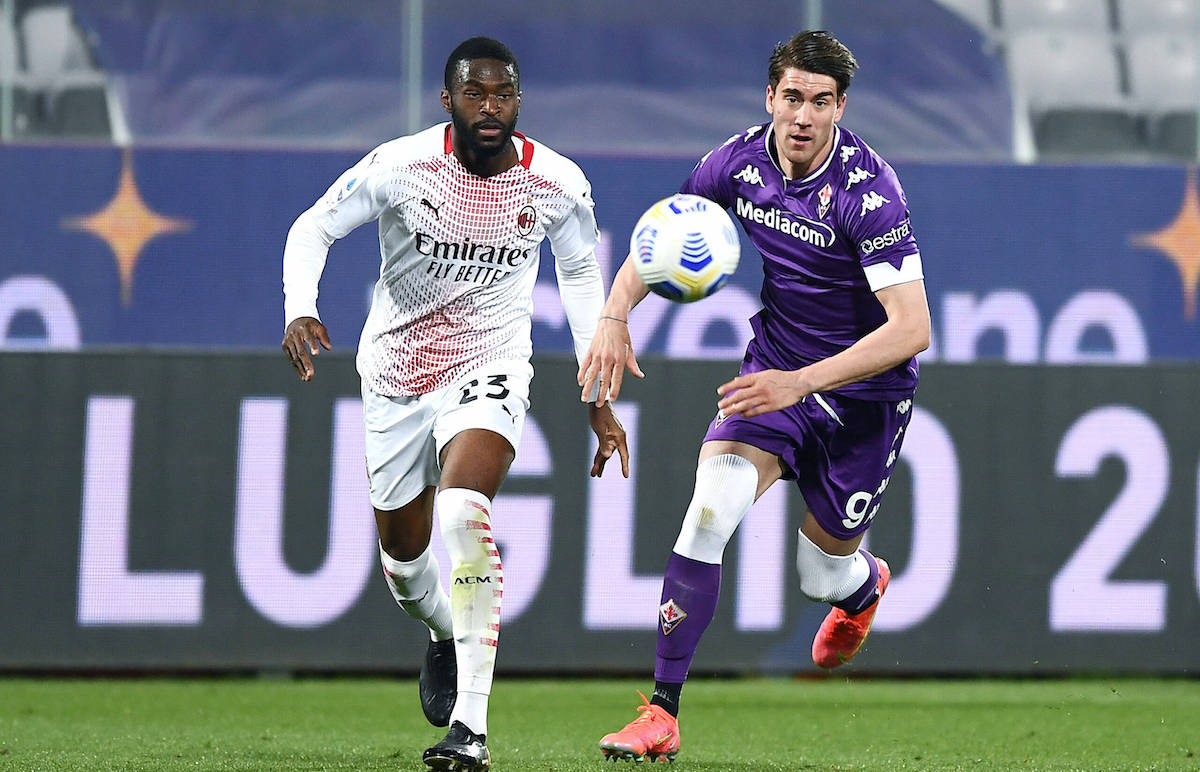 Reports: ‘The Ibrahimovic of Serbia’ – Milan joined by Liverpool and Man Utd in race for €50m man

AC Milan are one of the teams in the battle to land Fiorentina sensation Dusan Vlahovic, a report claims, but the competition is fierce.

Vlahovic has exploded this season with 17 goals in 32 Serie A appearances, with 13 of them having arrived in the calendar year 2021. At only 21 years of age, the Serbia international is already considered one of the brightest attacking talents in Europe and interest has followed.

Vlahovic has repeatedly admitted that he admires Zlatan Ibrahimovic and considers him an idol, and there may be a possibility to work alongside him next season. SportMediaset (via MilanLive) are reporting that Roma and Juventus are also chasing the former Red Star Belgrade man.

The Giallorossi have the highest percentage of signing him as direct contacts have already taken place between their management and his agent, with Roma having promised that he would be the heir to Edin Dzeko, while Juve could try seriously for him if Morata leaves.

Fiorentina are asking for €50m but that figure could drop if Vlahovic refuses to renew. Meanwhile, in England the Daily Star (via MilanNews) are reporting that Liverpool and Manchester United are keen on Vlahovic, described as ‘the Ibrahimovic of Serbia’.