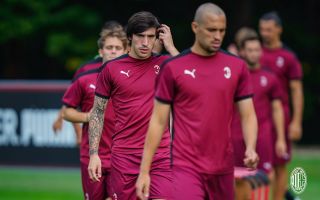 The Sandro Tonali soap opera is finally over and the midfielder will soon sign a long-term deal with AC Milan, reports claim.

Calciomercato.com writes that Milan and Brescia have been working tirelessly to try and get the operation over the line, which is amended from the €10m loan fee plus €15m option to buy and €10m in bonuses agreed on a year ago.

In addition to the €10m loan fee paid last year, the Rossoneri will pay €7m in cash to Brescia, to which €3m will be added in bonuses as well as the counterpart of young playmaker Giacomo Olzer. The will of the player – who has always been a Milan fan and was firmly determined to stay – has also been fundamental for the success of the deal.

There is no better evidence of this than the fact he is willing to significantly reduce – by half a million euros – his current salary in order to speed up the operation and sign a contract until 2025.

MilanNews also reports that the final agreement was found between Milan and Brescia for the definitive passage of Tonali to the Rossoneri for €10m total (including bonuses) plus Giacomo Olzer.