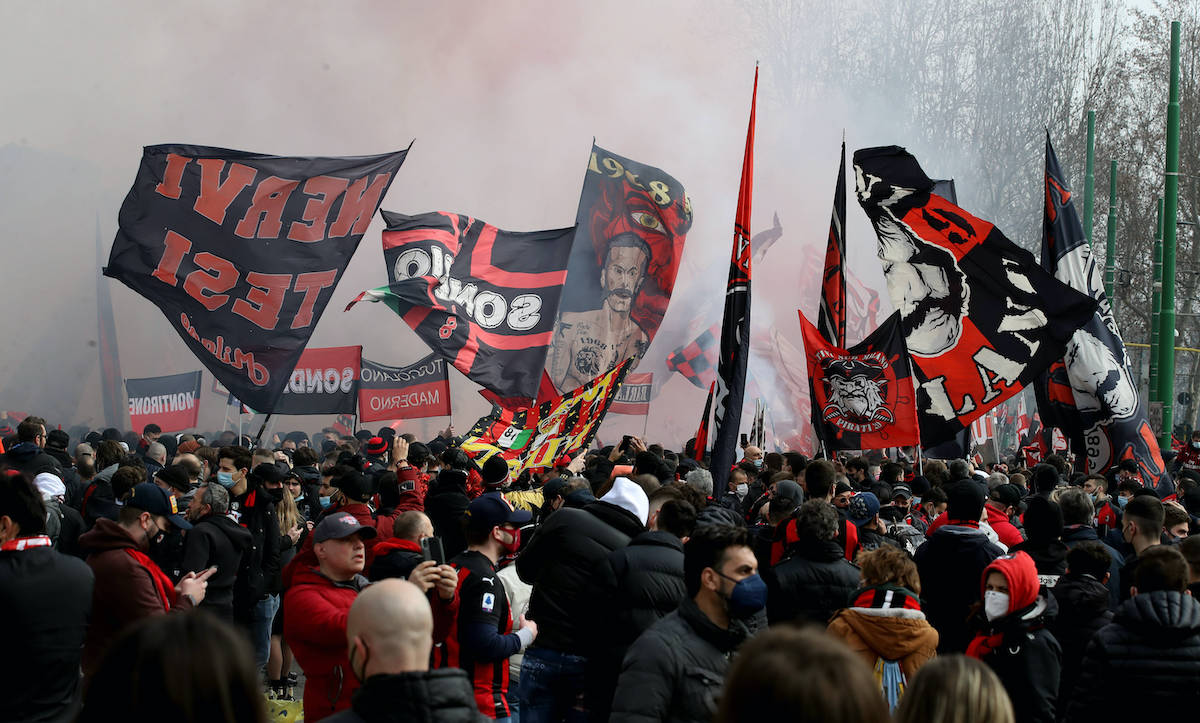 Investigations have begun to try and identify fans who were present at San Siro before yesterday’s derby as various rules were broken.

The Curva Sud Milano announced that they still want to express their support for Stefano Pioli’s team despite supporters not being allowed inside the stadium and confirmed their plans to gather outside Gate 14 with flags, scarves, banner and drums. They arrived at San Siro since the morning, and the arrival of the team bus sparked more incredible atmosphere.

La Repubblica (via MilanLive) explains that at least 3,000 fans attended the pre-game ‘show’ with not all of them wearing a mask and some wearing one incorrectly. Not only that, but social distancing rules were breached plenty.

The paper adds that the identification of people present at San Siro is underway, with the videos and photos of the gatherings being analysed. The ultras leaders already present in the police archives and those who can be identified will receive a €400 fine for violation of the prohibitions.

The police were present, but they only decided to check that there were no physical clashes between the two fans. Fortunately, the situation did not degenerate, even if there were some small moments of tension.