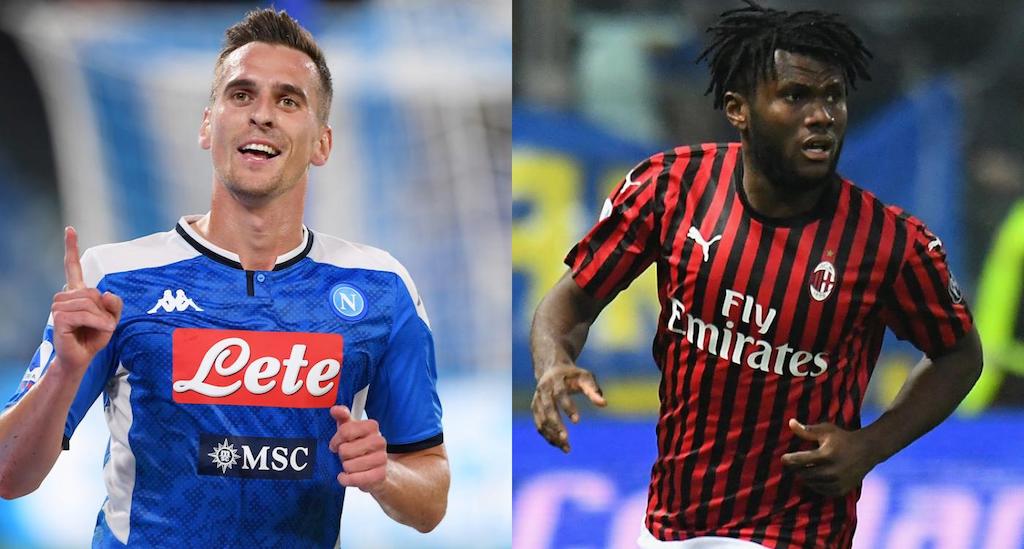 AC Milan have not given up their hopes of signing Napoli striker Arkadiusz Milik this summer and have even made an offer, a report claims.

Tuttosport (via MilanNews) recently claimed that Milan are probing the Italian and international market in search of reinforcements, with the distinct possibility that two strikers could arrive and Milik being one of six options.

According to newspaper La Repubblica on Friday (via MilanLive), Milik will leave Napoli this summer as the player’s agent met with the club yesterday and confirmed his desire to find a new destnation.

In the last few hours Milan have returned to trying to sign Milik and have done so by technical counterpart on the table in Franck Kessie. The Ivorian is a player that Partenopei boss Gennaro Gattuso holds in high esteem and he could fill a useful role in the starting XI if Allan leaves.

It would be a sacrifice that the Milan management would gladly make because – despite the importance of Kessie – the attack is a priority.

Elliott Management are also ready to offer a cash sum as well as Kessie in order to beat Napoli’s €40m valuation. The problem is fierce competition from Juventus, Tottenham and Atlético Madrid.