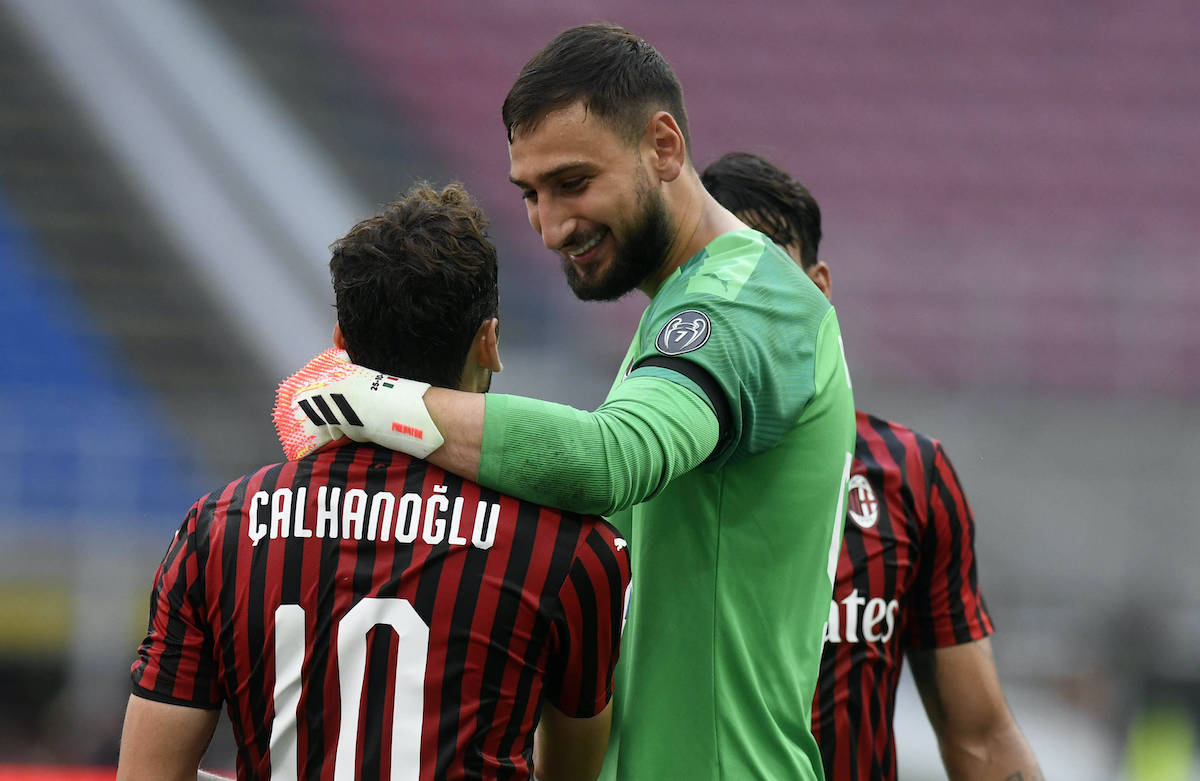 Repubblica: Paratici’s farewell could see Juventus go back in for Milan duo

Juventus could once again be a potential destination for both Gianluigi Donnarumma and Hakan Calhanoglu due to their managerial shake-up.

The AC Milan duo are currently under contract until the end of next month and as things stand both of them are set to leave the club on a free transfer, which has attracted a number of suitors naturally given their importance to the Rossoneri this season.

According to La Repubblica (via MilanNews), the farewell of director Fabio Paratici means that the names of Donnarumma and Calhanoglu could very well come back into fashion for Juve as their summer revolution commences.

The two players in fact did not arouse too much excitement from Paratici who instead was pursuing other target, but with his farewell the cards on the situations seems to have changed and Turin could very well be a potential destination both for the young Italian goalkeeper and the Turkish attacking midfielder.