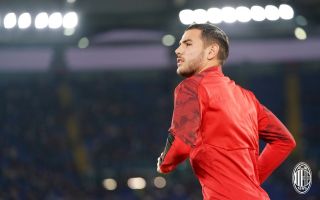 Repubblica: Rebic, Ibrahimovic and Theo Hernandez among five who could leave this summer

A number of AC Milan’s key players could leave in a mass exodus this summer, according to a report, with Theo Hernandez among the names mentioned.

It is being widely reported that Ralf Rangnick has agreed to join once the season is over, taking the place of both Stefano Pioli and Ricky Massara as head coach and sporting director.

According to what La Repubblica are reporting (via MilanNews), there could be a possible consequences of the situations that arose during the week, from Zvone Boban’s farewell to the Maldini-Massara duo also possibly leaving.

The paper claims that Zlatan Ibrahimovic could leave once his contract is up in June, while Ante Rebic – who technically is on loan until 2021 – and Theo Hernandez could also depart.

In addition to this, the option to buy centre-back Simon Kjaer may not be exercised, while Gianluigi Donnarumma could be sold to raise funds given his deal is up at the end of next season.