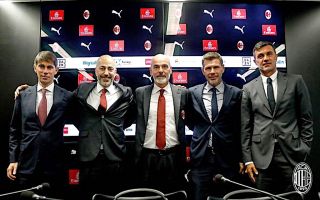 AC Milan head coach Stefano Pioli is ‘hoping’ that reinforcements arrive during the January transfer window after a poor start to the season, a report claims.

The Rossoneri’s defeat against Lazio on Sunday night at San Siro was their sixth in 11 games to begin the campaign, the first time that has happened in 78 years, and it has left the team in the bottom half of the table.

Monday’s edition of La Repubblica – as cited by MilanNews.it –  reports some scary numbers, such as the fact that Milan lost only eight games last season and are already on six this time around.

In the first 11 games of 2018-19, Rino Gattuso – also counting the rescheduled Round 1 game against Genoa – picked up 21 points versus the current 13.

Ten less goals have been scored compared to this time last year (21 to 11). In the last five years, to reach fourth place it has generally been a necessity to win at least 20 games (the 18 of Fiorentina in 2014-15 is an exception), meaning that Milan will have to win more than half of the games that remain.

Pioli still believes in a top four finish, also because he hopes that in January reinforcements will arrive in the mercato.

The paper continues by stating that if Milan’s European aims are serious, Elliott will be forced to make investments, and while the amount available may not be as much as the €70million used to buy Lucas Paquetà and Krzysztof Piatek last season, signings of a certain level are required.

Sales are also possible in order to have greater resources available for signings, La Repubblica concludes.