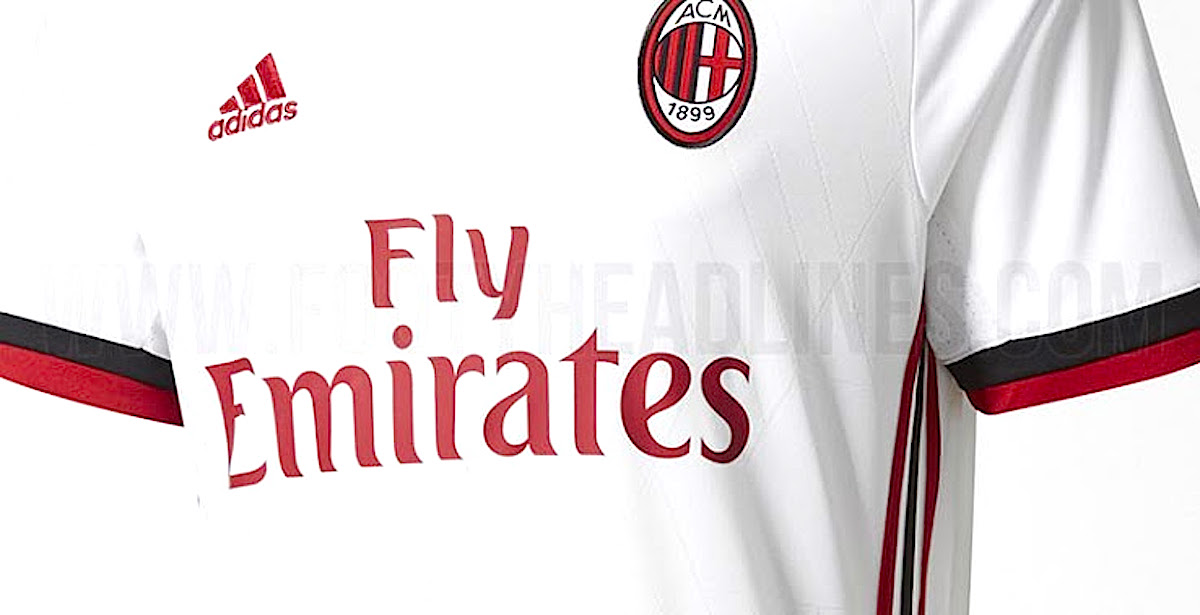 AC Milan’s 2017/18 away jersey appears to be nearing an official unveiling, as leaked photos have shown two players sporting the new shirt.

FootyHeadlines leaked the design for Milan’s home shirt for next season, and they provided the following information about next year’s change strip.

“We expect the new Adidas Milan 2017-2018 away shirt to be quite understated and clean.

“The sleeve cuffs and the collar, a crew neck type, of the Milan 2017-18 away jersey are half black, half red.

“Last but not least, the shorts and socks of the new Milan away kit will be white as well, also featuring black-and-red Adidas stripes.”

Defenders Luca Antonelli and Davide Calabria have been snapped wearing the new shirt, with an official unveiling expected soon.

[ngg_images source=”galleries” container_ids=”14″ sortorder=”85,86,87,88,89″ display_type=”photocrati-nextgen_basic_imagebrowser” ajax_pagination=”0″ order_by=”sortorder” order_direction=”ASC” returns=”included” maximum_entity_count=”500″]A previous leak of the away jersey consisted of triangular patterns across the front of the jersey, however this latest version appears to show a largely blank front with some very subtle patterning.

It continues the recent trend Adidas have created with their Milan away kits, and indeed the conventional style of the Rossoneri change shirt, being mostly white with small details.