It seems the takeover of AC Milan by Chinese investor Yonghong Li, has taken important steps towards the closing, as Fininvest yesterday released a statement assuring the ability of Yonghong Li. Today, Gazzetta revealed the expected board of directors post closing.

According to the Italian paper, the board will consist of three Italians, and three Chinese. Yonghong Li will act as the vice president, while Han Li will remain as Li’s right hand. The man representing Haixa capital is expected to be Bo Lu.

From Italy, Marco Fassone along with Roberto Cappelli and Marco Patuano will act as the remaining three. Marco Patuano was the CEO of one of the biggest companies in Italy, Telecom Italia, but recently resigned.

Roberto Cappelli is considered to be among the best specialists in corporate, mergers and acquisitions. Cappelli currently assists private and public companies and financial institutions.

Meanwhile, Silvio Berlusconi is expected to remain with the club as honorary president. 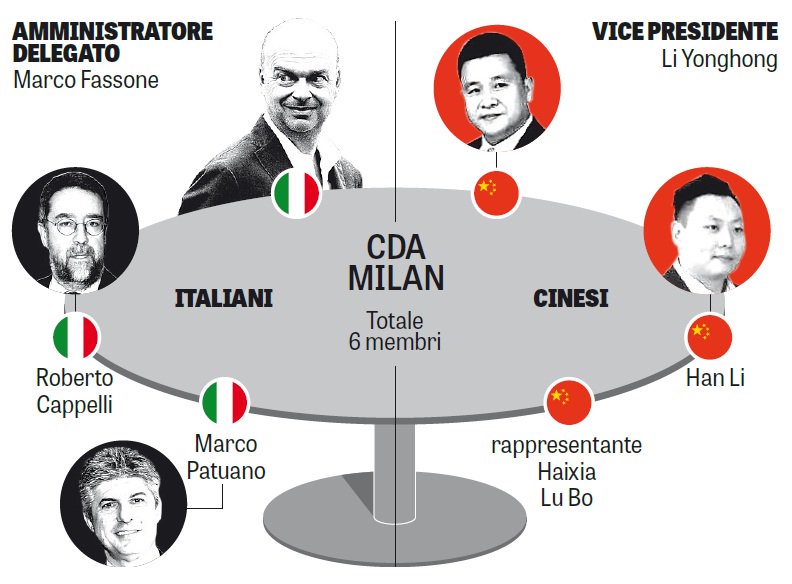