Revealed: How Milan could line up after summer business is done

As AC Milan’s squad continues to take shape ahead of the new campaign, there has been no shortage of predictions as to how Marco Giampaolo’s starting XI will look.

The Rossoneri have made a number of additions so far this summer, including the likes of Theo Hernandez, Rade Krunic and Rafael Leao.

The announcements of Ismael Bennacer and Leo Duarte are set to follow, while there have also been several departures such as Patrick Cutrone, Cristian Zapata, Jose Mauri, Andrea Bertolacci, Riccardo Montolivo and Ignazio Abate.

This radical overhaul – coupled with the fact there is a new head coach at the helm in Giampaolo – means it is quite hard to get a firm idea of how Milan may line up at Udinese on August 25.

La Gazzetta dello Sport have predicted the starting XI that will be deployed. 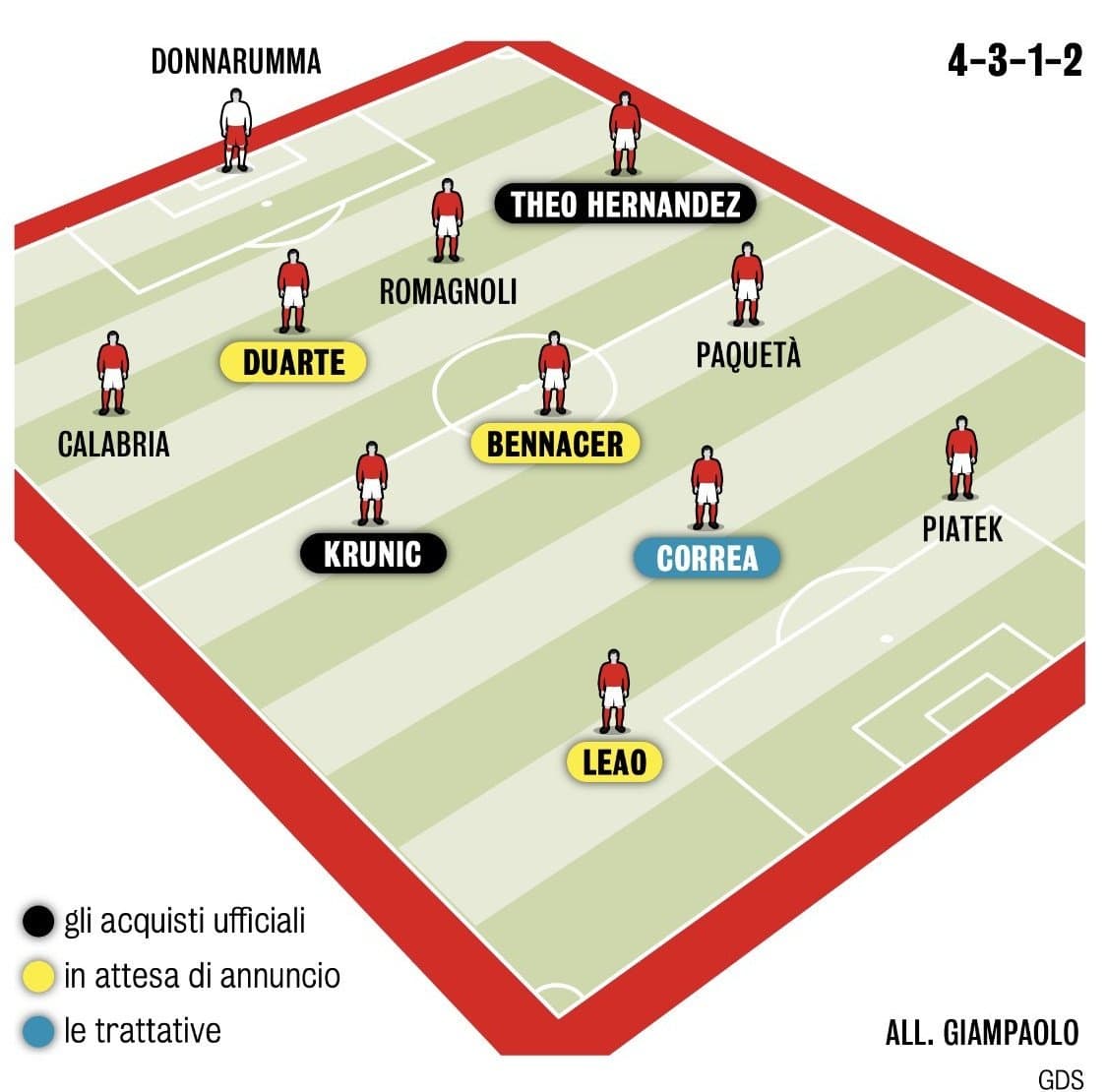 There are no surprises to see Gianluigi Donnarumma in net, while Davide Calabria is preferred to Andrea Conti at right-back. New signing Duarte drops straight in alongside captain Alessio Romagnoli at CB, with another summer recruit in Hernandez preferred over Ricardo Rodriguez.

Bennacer holds the base of the midfield amid doubts over Lucas Biglia’s future at the club, and he is flanked by Paqueta on one side and new acquisition Krunic on the other.

Angel Correa – who appears to be edging closer to Milan – sits in behind Krzysztof Piatek and Rafael Leao, bringing the total number of new players predicted to start up to five.