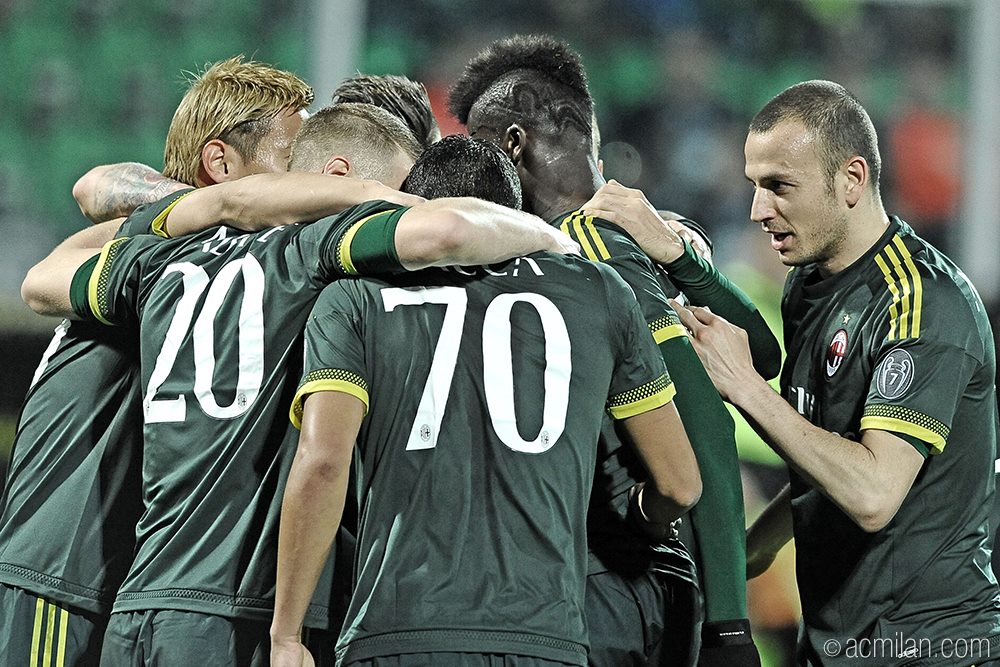 Milan produced a fantastic first half display to claim all three points in Sicily on Wednesday night.

The Rossoneri, who incidentally were playing in green on the night, were looking to continue from a big derby win over Inter in order to establish some sort of consistency.

It was Milan who started the better too, back by a buoyant travelling support, as they caused several problems in the opening ten minutes including a corner cleared off the line by Aquile ‘keeper Stefano Sorrentino.

In the 16th minute the Diavolo should have taken the lead. Carlos Bacca picked up the ball about 20 yards out and went on a sinking run through a pair of defenders, eventually having his close range effort saved well.

Three minutes later however Bacca did give the visitors the lead. Ignazio Abate provided a wonderful ground cross that was dummied by Niang and slotted home by the Colombian for goal number 12 on the season. 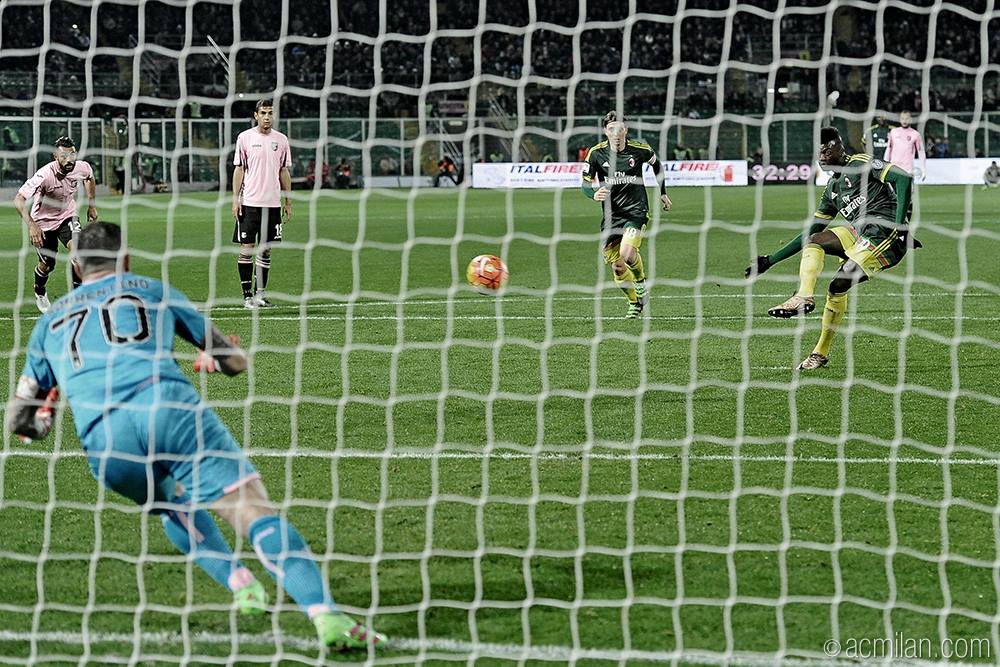 Niang gets goal number four on the season. | Image: acmilan.com

Milan were then awarded a penalty when the ball struck the arm of Goldaniga inside the area with referee Mazzoleni having no doubts about pointing to the spot. M’Baye Niang converted to the right to double Mihajlovic’s side’s lead.

Just before half time there was another penalty shout as Giacomo Bonaventura was bundled over; this time the referee waved appeals away.

The second half was somewhat of a non-event as the men in green were happy to get numbers behind the ball and frustrate the likes of Alberto Gilardino and Franco Vasquez.

Trajkovski came close for the hosts with a deflected half volley after neat link up play with Djurdjevic, but that is as near as it got. 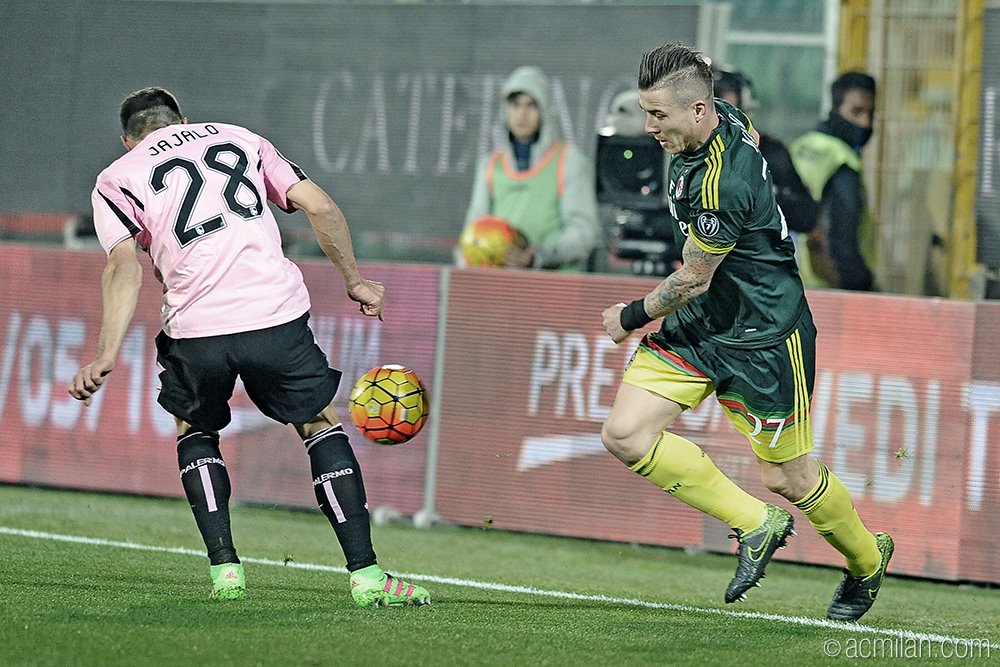 The game became scrappy with lots of fouls allowed to go without caution, and late substitutions for Milan allowed Miha to keep it fresh, although Balotelli was not able to score on his return to his home city despite coming close with a long range effort.

Another clean sheet for the Rossoneri and another hard earned three points should fill Milanisti full of satisfaction ahead of a round of games that should yield a high points total if the performances are similarly professional.

Palermo drop to 15th place and stay on 25 points, but did not lose any ground on the bottom three places.

Milan stay in sixth position and move on to 39 points; two points behind fifth place Roma and six behind 3rd place Fiorentina, who scored a 93rd minute winner.