AC Milan saw their unbeaten run in the Europa League ended as they went down 2-0 in Croatia in their final group game against Rijeka.

Heading east with top spot already secured, the Rossoneri went behind to a stunning free-kick from Jakov Puljic, before Mario Gavranovic doubled the lead not long after the interval.

Patrick Cutrone had the best of the chances for Gennaro Gattuso’s side, while Lucas Biglia also came close as the Diavolo must now wait to find out who they face in the first knockout stage.

Cutrone could have given Milan a lead inside two minutes when he found space 20 yards out, but he curled his effort wide.

However, seven minutes in the home side edged in front. Lucas Biglia surrendered a free-kick 25 yards from goal, and Puljic stepped up and beat Storari with a precise strike into the top left corner.

As the two sides traded niggling fouls and yellow cards, Cutrone had another chance to score for the Rossoneri from Cristian Zapata’s through ball in the 39th minute, but his lob over the ‘keeper found to roof of the net.

Just two minutes into the second half the hosts doubled their lead. Zoran Kvrzic found space to cross from the left side, playing a neat ball to Gavranovic who steered past Storari to make it 2-0. 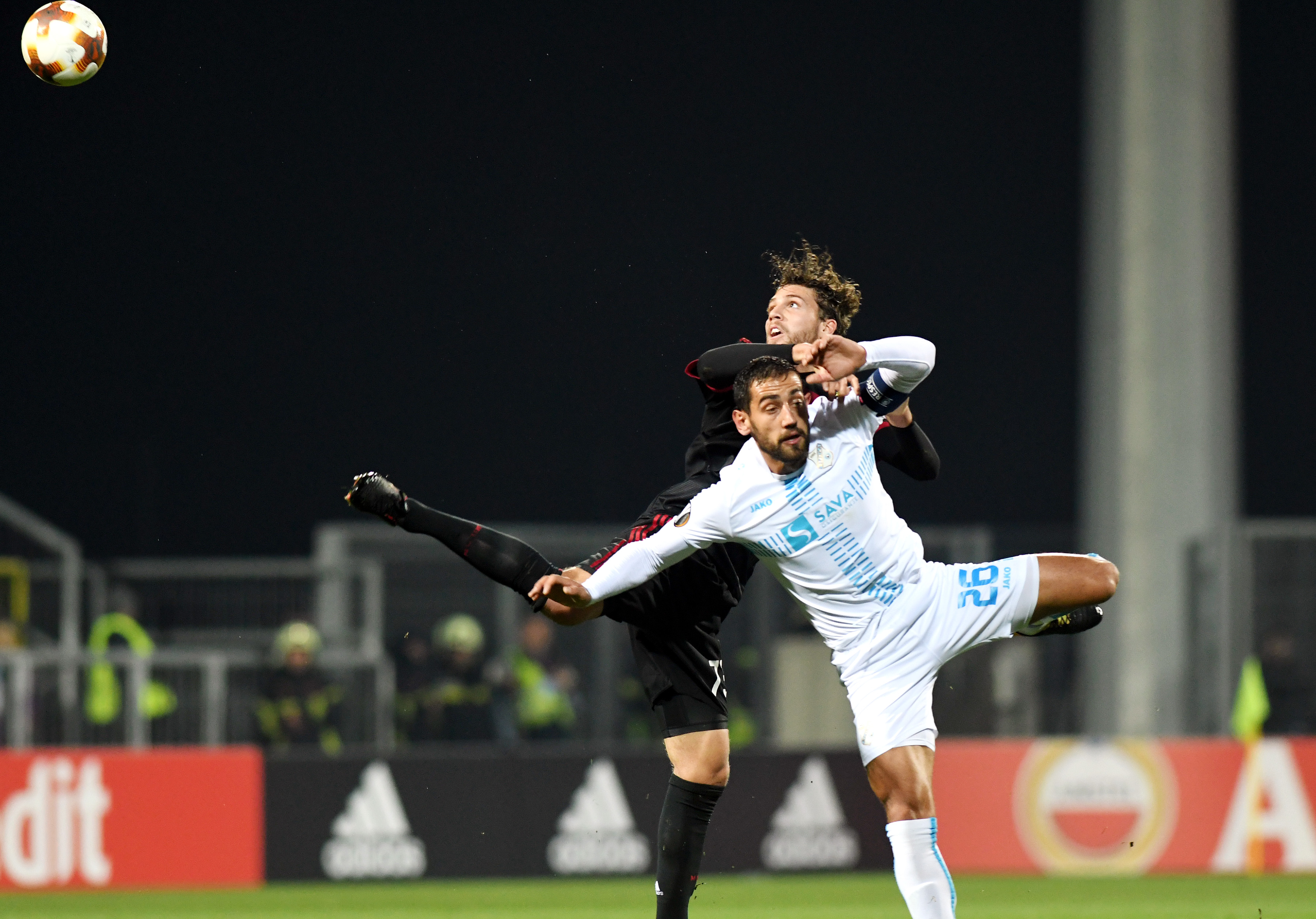 As the game continued in a scrappy manner, Cutrone once again had a chance to get the visitors on the scoreboard, this time heading into the ground and over from a pinpoint cross with less than 20 minutes left.

Manuel Locatelli received a yellow card, which due to him accumulating too many means he will miss the first leg of the round of 32 stage.