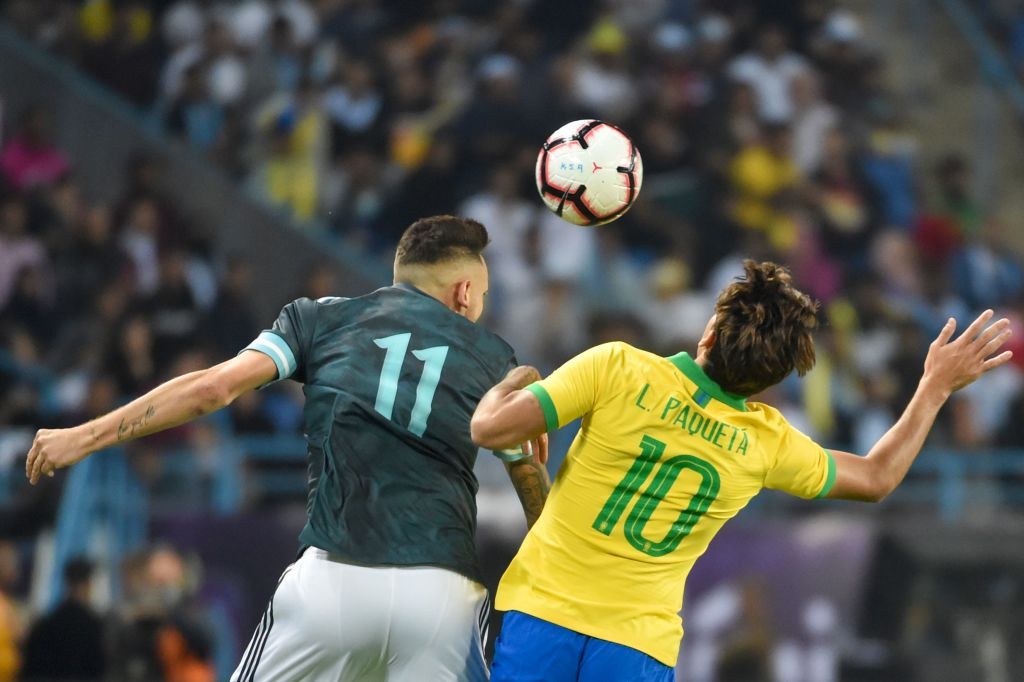 Rivaldo blasts ‘disrespectful’ decision to give Paqueta No.10 shirt for Brazil

Brazil legend Rivaldo has launched a scathing attack on the decision to give AC Milan midfielder Lucas Paqueta the No.10 shirt for his country.

Paqueta joined Milan back in January with the Rossoneri paying €35million to sign him from Brazilian side Flamengo, however the general consensus is that he has not yet fully settled in.

The 23-year-old has already worked under three different managers at Milan and has been moved between playing as a winger and as a midfielder.

Despite this, he seems to be becoming an ever-present for the Brazilian national team, and it was confirmed prior to their 1-0 friendly defeat against Argentina that he would wear the famous No.10 shirt.

However, Rivaldo has expressed his disagreement with the decision, branding it “disrespectful” for him to wear such an iconic number.

“I watched Brazil-Argentina and am sad to see the Number 10 shirt was given to Paqueta,” Rivaldo said on Instagram.

“That jersey is known and respected all over the world, so cannot be given to someone who ought to be on the bench or play only half the game. That is disrespectful.

“It is famous because it was worn by the likes of Pele, Rivelino, Zico, Rivaldo, Kaka, Ronaldinho and Neymar. I don’t blame Paqueta at all, but Tite and his staff ought to know how much weight that jersey puts on your shoulders.

“They must not burn out a 22-year-old like Paqueta, who can have a great future ahead of him. He ought to be protected, the same way Rodrygo was at Real Madrid.”