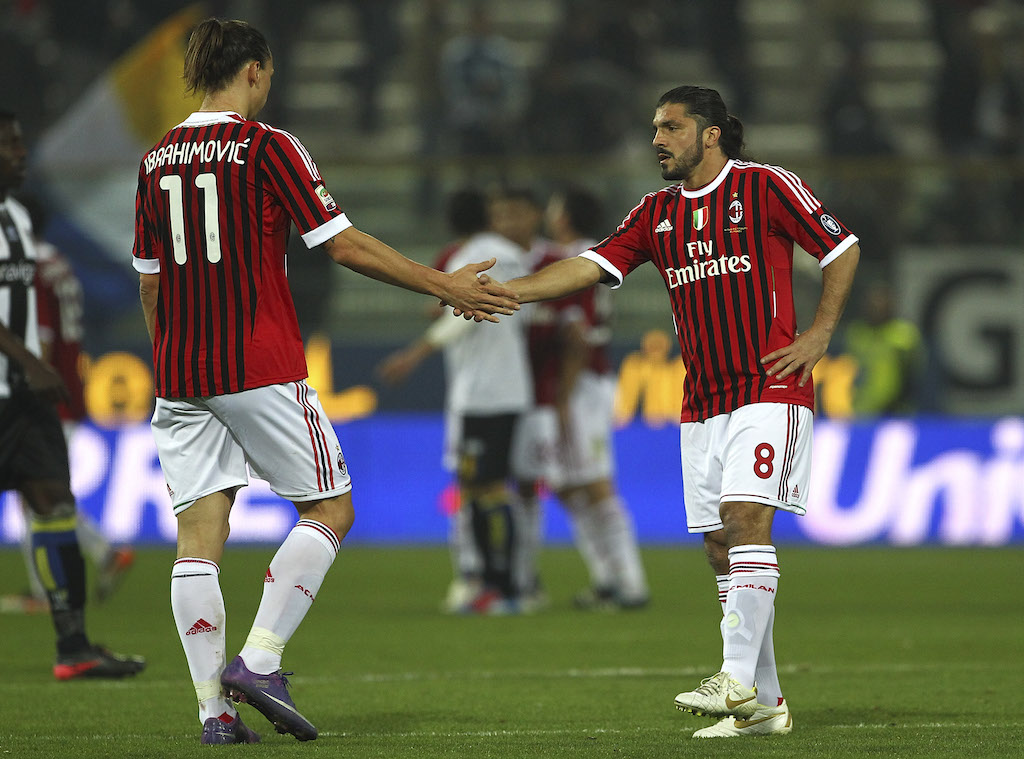 Former Milan winger Robinho has revealed that Gennaro Gattuso once challenged Zlatan Ibrahimovic to a jiu-jitsu fight in training.

Gattuso and Ibrahimovic played together from 2010-2012 following the arrival of the striker from Barcelona, and it was perhaps because of the tough reputation of the pair that they were able to win the Scudetto in their first campaign.

Ibrahimovic is a black belt in taekwondo, but that didn’t stop Gattuso – nicknamed Rino or ‘Rhino’ – from having a proper, as he offered him a bout during training.

Gattuso was never one to shy away from confrontation and was known for his aggressive playing style and confrontations, including that famous spat with Joe Jordan during Milan’s Champions League clash against Tottenham, but Ibrahimovic isn’t known for backing down either.

During an interview with Marca, Robinho – who also played for Man City – described the clash between the two on the training ground.

“One day in training he challenged Gattuso to a jiu-jitsu fight,” he said (via Stretty News).

“Right before your eyes you had this fierce guy doing martial arts against Zlatan, who is a black belt. Who won? Zlatan always wins.”