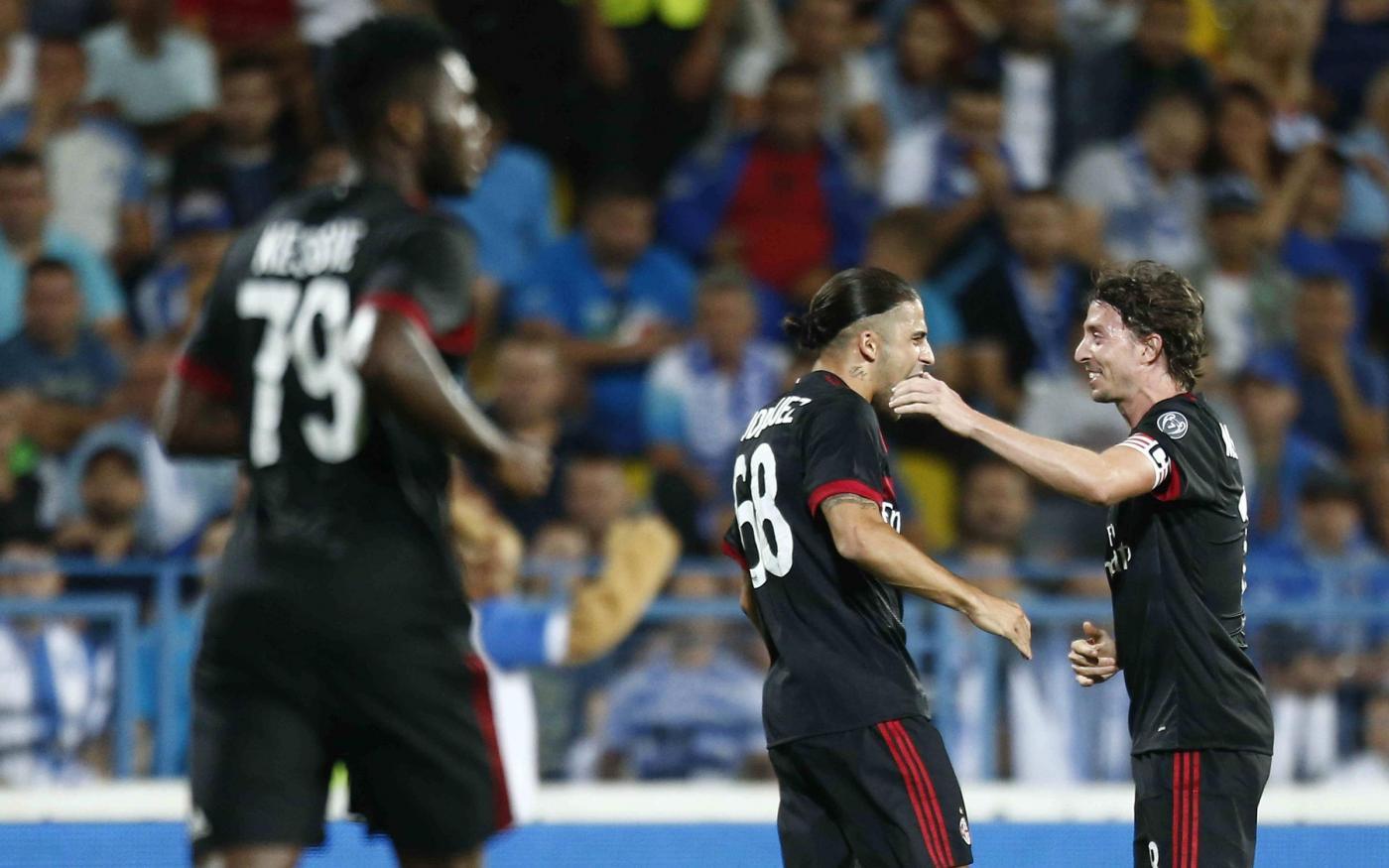 Rodriguez: “I am happy I scored, it was important today to win”

Ricardo Rodriguez insisted that AC Milan’s win over Craiova in Romania was “important”.

The new Milan full-back scored the only goal, his first for the club, as a direct free kick passed everyone inside the area and landed inside the far post.

The goal gives the Rossoneri a slender advantage heading back to San Siro, with the return leg set for a week’s time.

Rodriguez spoke to Sky after the game.

“It was very important, I am happy to have scored a goal to help the team and now we need to keep going,” Rodriguez told Sky Sport Italia.

“It was difficult to play so early into pre-season, as Craiova really wanted to win too, so we’ll have to do better at San Siro.

“We’re already in decent shape and training with a lot of intensity, but clearly are lacking an edge.”

Does the Swiss international prefer playing in a back four, or in a 3-5-2 system?

“I played in both a three and four-man defence in Germany, so I don’t mind what we do.

“Our idea is to play football and the Coach says when we’ve got the opportunity, play the ball. When it’s too risky, then we can be more careful.

“We’ll do everything we can to reach the Champions League, but it begins now with qualification for the Europa League. We’re a good side and can go far.”