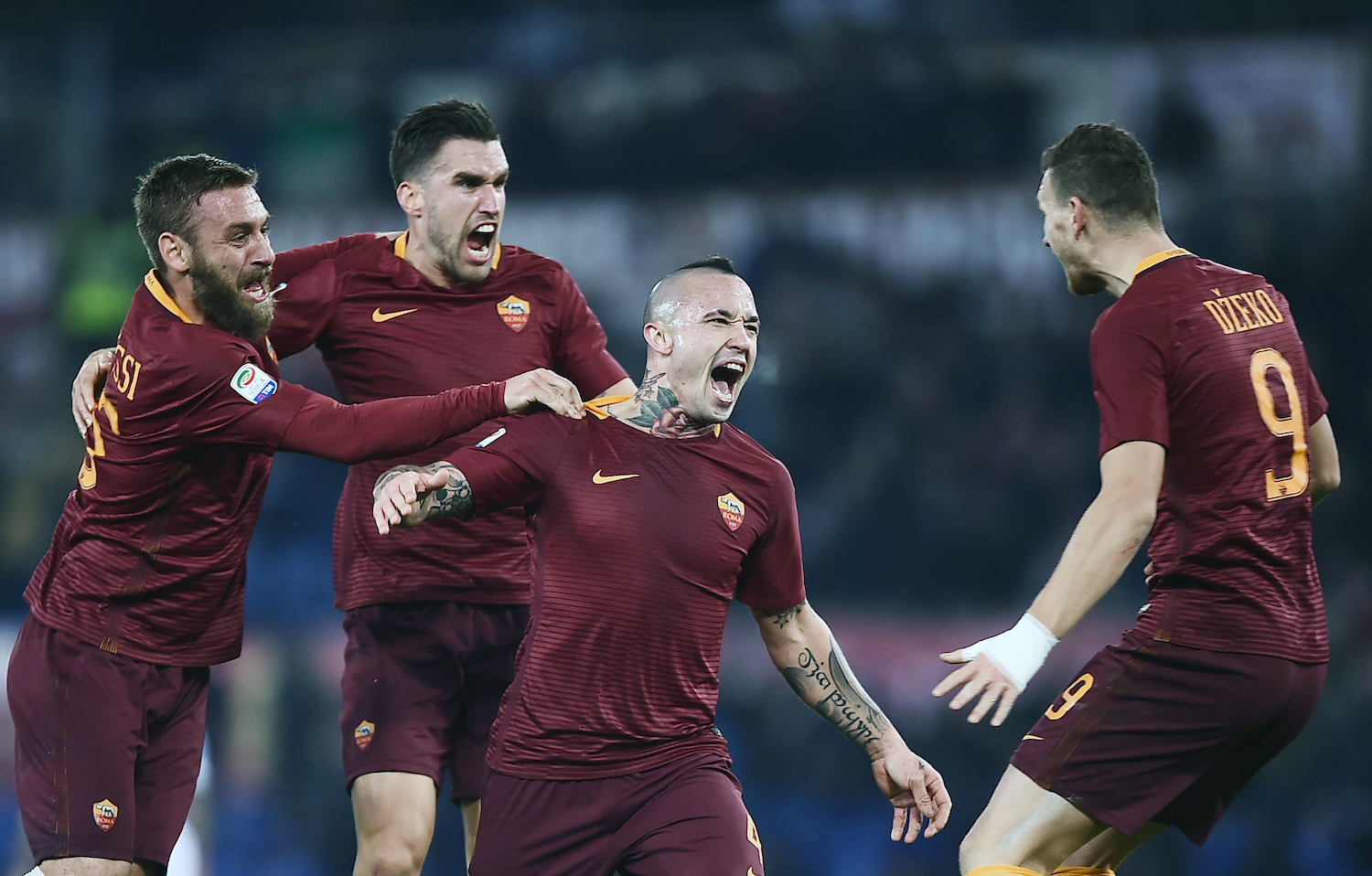 AC Milan drop to third place after Nainggolan’s solitary goal was enough for the capital club to ensure victory.

After M’Baye Niang missed yet another penalty for the Rossoneri, Radja Nainggolan scored the game’s only goal, a spectacular left-footed strike with half an hour to spare.

It was the Giallorossi who started on the front foot in this game. After just two minutes Gigi Donnarumma was called into action when he saved Edin Džeko’s powerful strike at his near post.

The opening twenty minutes was a cagey affair with the hosts slightly edging the contest reducing the Rossoneri to counter-attacks. One of these counter-attacks nearly bared fruit when Milan’s Bertolacci, who was starting his first game of the season, slotted in the man in-form Lapadula, who knocked the ball past Szczęsny to earn Milan a spot-kick. 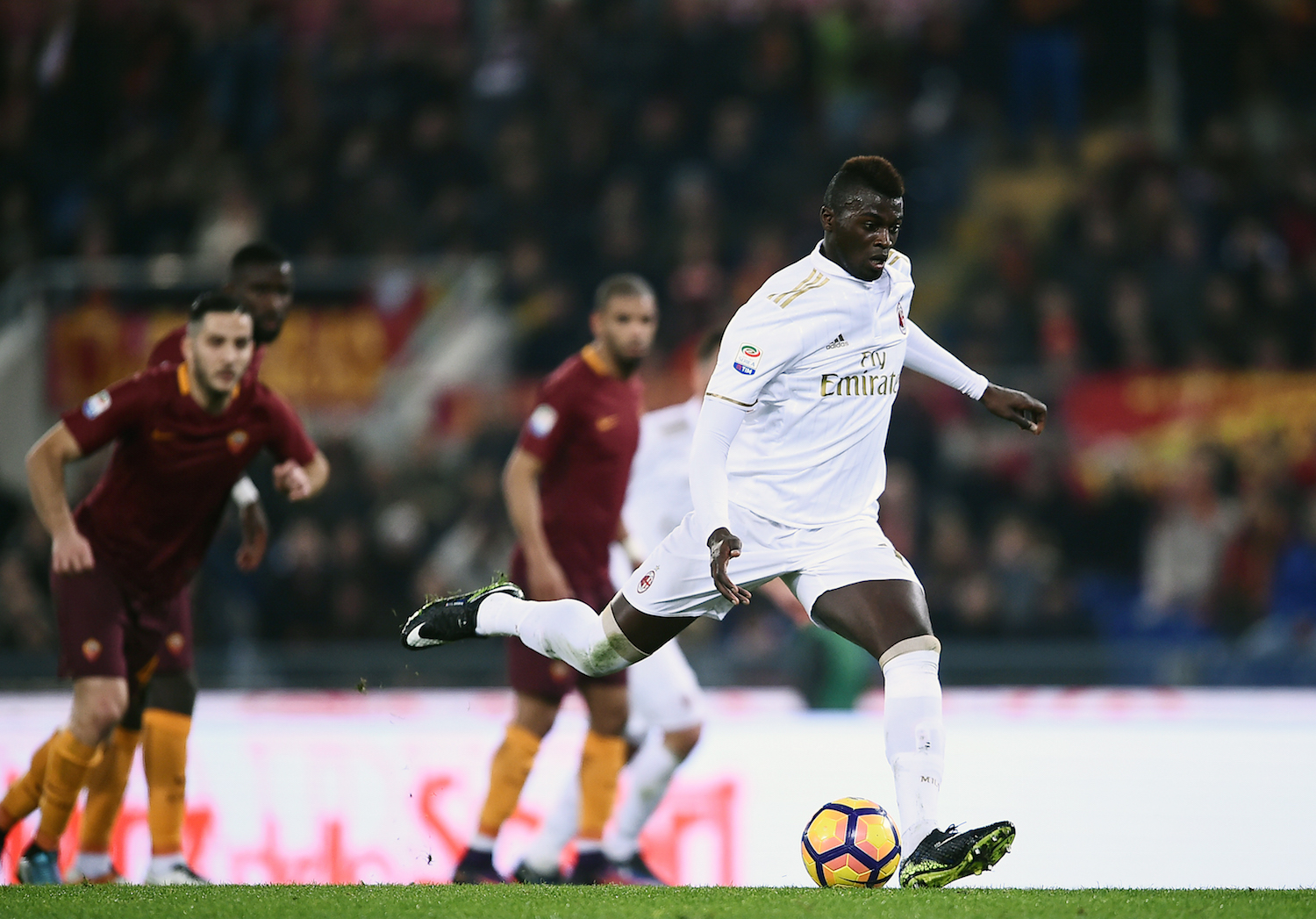 Niang, who last week against Crotone missed a penalty, stepped up again and saw his strike saved. That is now four penalties out of seven attempts in Serie A and Ligue 1 that Niang has missed.

The penalty miss spurred the hosts who seemed to gain momentum. The most noteworthy chance being Džeko’s angled drive which just went narrowly wide.

Just before the interval, former Milan man Stephen El Shaarawy entered the field after Bruno Peres had to be stretchered off. 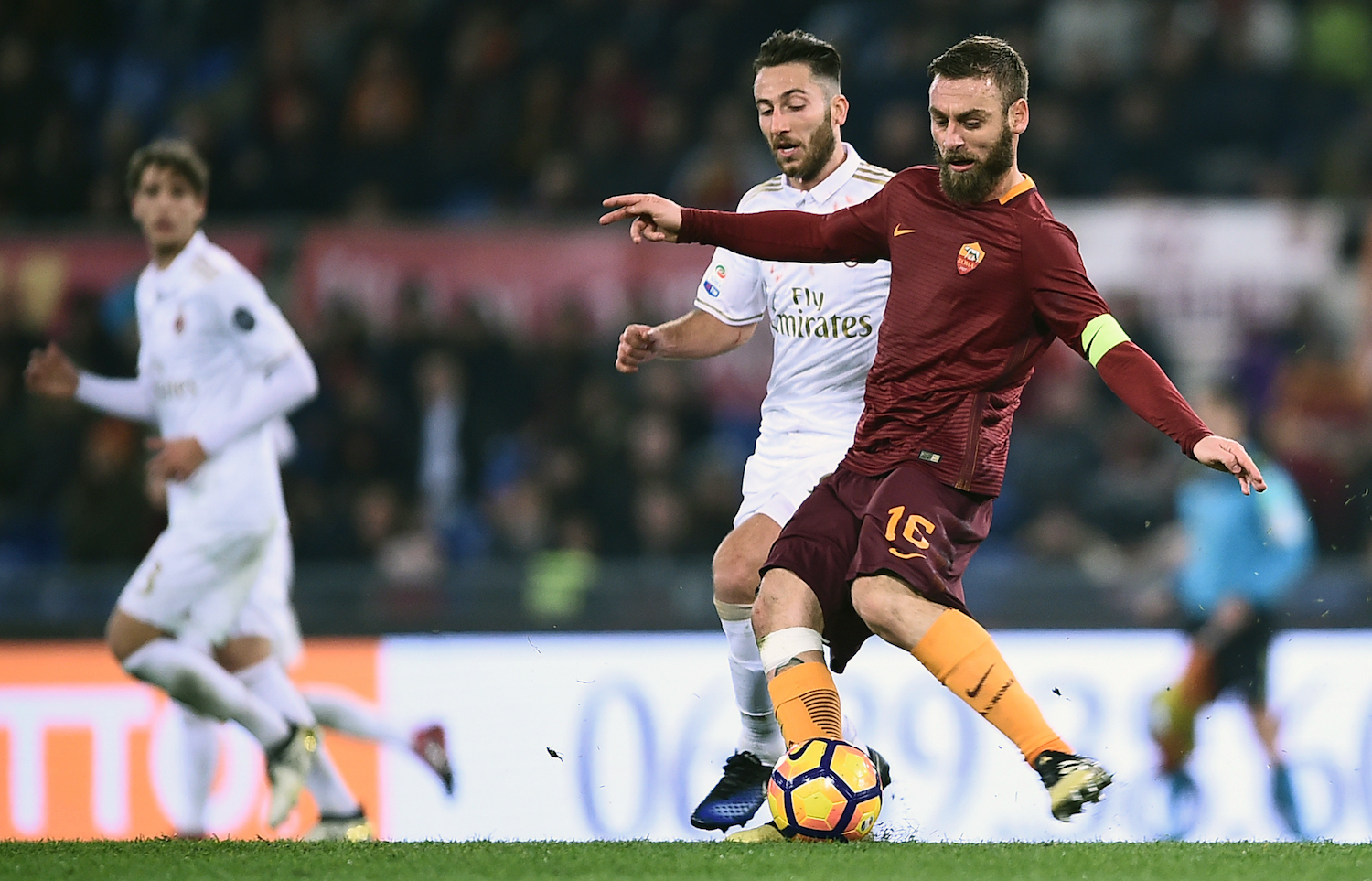 Early on in the second half, Chelsea-loanee Pašalić had an attempt which was off target as Milan were taking the game to Roma.

However Roma were to take the lead in the sixty-second minute. Manolas headed ball was expertly controlled by Nainggolan, who was just too strong for Locatelli, as his unleashed a stunning curled effort past Donnarumma, who had no chance with the finish.

This defeat was only Milan’s second since 11th September where they lost to Udinese at the San Siro. It leaves them now third in the table, four points behind Roma and seven behind champions Juventus. The Rossoneri now will be looking to respond positively to this defeat when they take on Atalanta on Saturday.