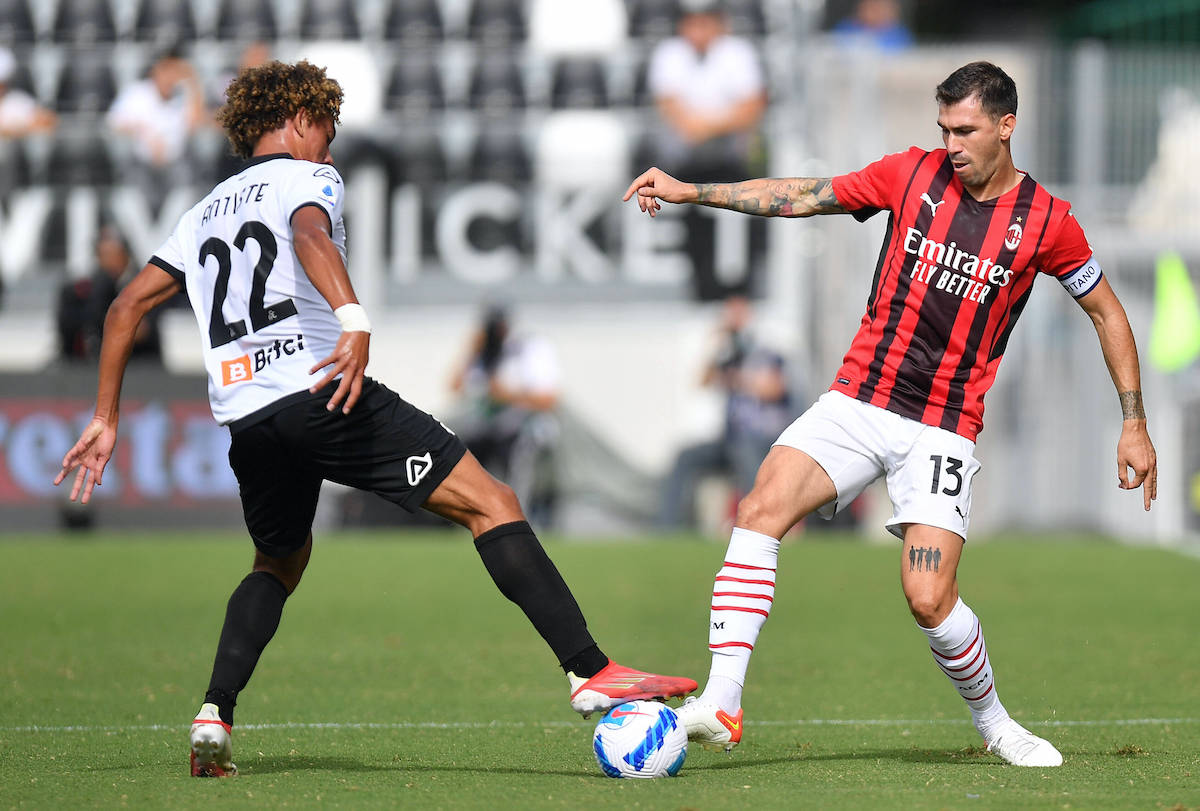 There is less than a year left until Alessio Romagnoli’s contract has expires, and his future reportedly remains up in the air at this point.

Calciomercato.com reports how Romagnoli will hear the Champions League music at San Siro for the first time as a Milan player and he could even start alongside Fikayo Tomori in the heart of defence given Simon Kjaer has only just recovered from physical problems.

It is a great opportunity for the Milan captain, who lost his starting role in the last campaign but has so far responded this season when he was called into question, showing good performances against Lazio, Juventus, Venezia and Spezia.

Milan know they can count on him at least until June 2022, but his expiring contract has not yet been renewed and at the moment there are no meetings scheduled between Maldini, Massara and his agent Mino Raiola to talk about a renewal.

The problem is of an economic nature: in the agreement signed in June 2018, the former sports director Massimiliano Mirabelli agreed with Romagnoli’s then-agent Sergio Berti a four-year contract that provided for a starting base of €3.5m that goes up to a current €6m net per season.

It is difficult to think that Romagnoli could extend at that amount, and also to imagine that Raiola does not want to take him away from Milan in exchange for a large commission.

READ MORE: Rebic poised to start another big game as Giroud is ready for the relay