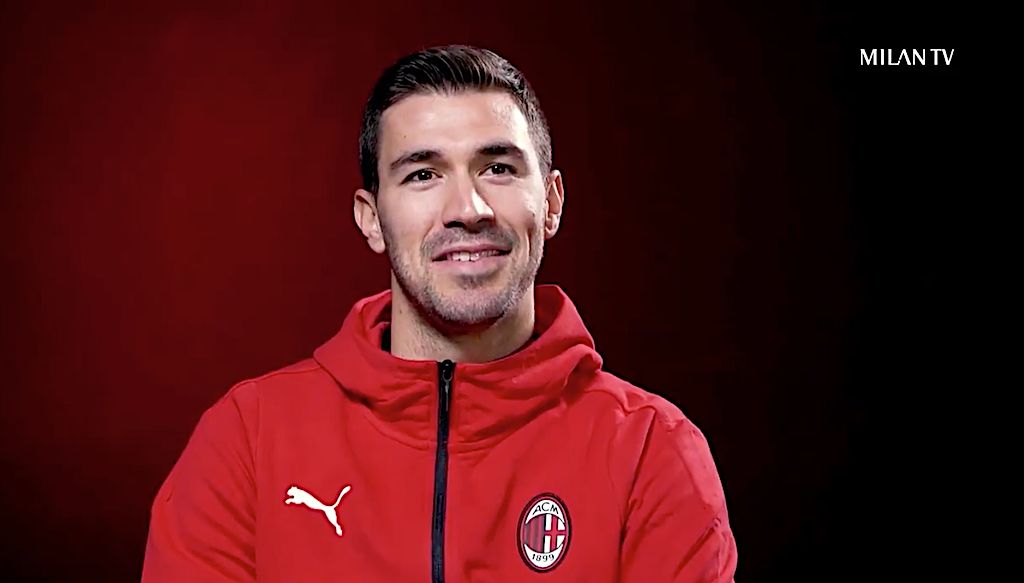 AC Milan captain Alessio Romagnoli has reflected upon reaching the 200 appearance milestone for the club in a long interview with Milan TV.

He racked up the milestone after coming off the bench during last night’s win over Celtic, and he spoke to Milan TV to reflect upon his five years at the club so far…

“Debut? I think it was December 22nd between Rome and Milan. I entered in Totti’s place because Marquinhos was expelled. It was the dream of any child who wants to become a footballer and in hindsight I think it was a sign of destiny,” he said (via MilanNews).

On Sinisa Mihajlovic: “I consider him an incredible man. A sincere person, who did a lot for me and who wanted me first at Sampdoria and Milan. An important person to me. Sinisa did a lot that year and left a beautiful memory. Brocchi was also good at taking on an important team and showed courage. We must thank both of them for what they have given me.”

On Mexes: “He is a footballer that I have often seen since the youth in Roma. A strong footballer, with whom I immediately bonded. He gave me great confidence and courage.”

On his first derby win: “After losing Guarin’s first goal by goal, we made a great comeback in the second leg with Bacca, Alex and Niang. It was nice to win like this, dominating and it was exciting.”

On the Italian Cup final back in 2016: “We played a great match against Juventus but we lost 1-0. A bitter taste remained in the mouth because we were the protagonists of a good performance.”

On the Super Cup in Doha: “We also played a great game there, we created a lot with many chances. I also took a side street. In the penalty lottery we were good and we won.”

On his goal in the 2-2 derby against Inter in 2016-17: “Joys and sorrows in that derby because I scored and tied at the last minute but I hurt myself in scoring the 1-2 goal. I remember it well for one reason but also badly for another. Beautiful and excited, a strange but beautiful derby.”

On the match against Lazio in the Italian Cup, when he scored the winning penalty: “It was a beautiful match both the first leg and the return match. I am a member of Milan and I will always give everything for this shirt but I am also a Lazio fan and I think it is fair to say it.

“I decided not to rejoice in my faith but I was very happy with what we had done. It was a very emotional moment. A nice group, a cold evening and a team led by Rino. It was a very beautiful moment like when I scored two goals in the last minute against Genoa and Udinese.”

On that goal against Genoa: “I started offside on Abate’s throw and I was out of the action. Then the moment Radu cleared the ball, I thought about it and it went well. A great goal came out and it was wanted.”

On the goal against Udinese: “We recovered the ball, then there was the counterattack. Suso gave it to me but I had no space so I give it back to him, he then gave it back to me. It was very nice and it was an important goal for our journey. The stadium erupted.”

On Baresi: “He is an institution of world football. One of the most important defenders in the history of football. A person who has given a lot for this club and for this country. When I meet him I am a bit in awe. I’m just proud to wear a headband that people like him and Paolo have worn ”

On Maldini: “Even with him at the beginning I was a bit afraid. A phenomenal player who has won a lot even if he is sorry that he has never won a World Cup or a European Championship. An incredible and beautiful person. He was fundamental for Milan.”

On Gattuso: “A real and direct person. I had a great relationship. A hard worker who changed the way we work. It was an intense year and a half and I’m sorry that the Champions League didn’t come. He is a beautiful person.”

On Pioli: “He took Milan in a difficult situation. Giampaolo is a very good coach but he didn’t go well. Pioli has brought the team together and the group and brought ideas that are working.”

On the national team: “It is an important feature of my history. I haven’t written anything with this shirt yet but I hope to do it soon. I remember the debut with pleasure.”

On Kjaer: “Simon is very strong. He arrived here on tiptoe and immediately imposed himself. He gave peace to the department and the whole team. There is great harmony and we immediately found each other. It was a more than successful purchase.”

On his recovery from injury: “It has been a long recovery. I have worked hard and I am committed. Maybe I could have come back earlier but I prepared myself as best I could for the derby.”

On the next 200: “I hope to do them as soon as possible and with some more European appearances.”

🗣️ A lot of memories are accumulated over 200 games, the Captain talked us through his fondest. Watch it in full on the app 🌟