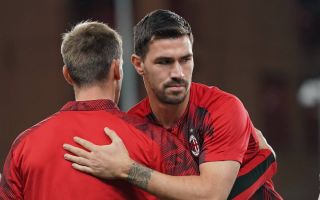 Alessio Romagnoli is open to signing a renewal with AC Milan but his agent Mino Raiola has different ideas about his future, a report claims.

Romagnoli has been with Milan since he joined from Roma back in 2015 and despite over half a decade of service to the Rossoneri, where he has become the club captain, there is the increasing possibility that he could leave on a free transfer next June when his deal expires.

According to the latest from Calciomercato.com, Romagnoli has actually opened to the idea of renewing his contract with Milan at lower figures than the current €5.5m net per season salary that he earns as part of a pay rise that was built into the extension he signed when Fassone and Mirabelli were the directors.

Mino Raiola, however, has different ideas from his client rather than letting him take a pay cut as he is working to take Romagnoli to Juventus on a free transfer.

READ MORE: Milan abandon Faivre pursuit as search for a new playmaker continues – it depends on a sale