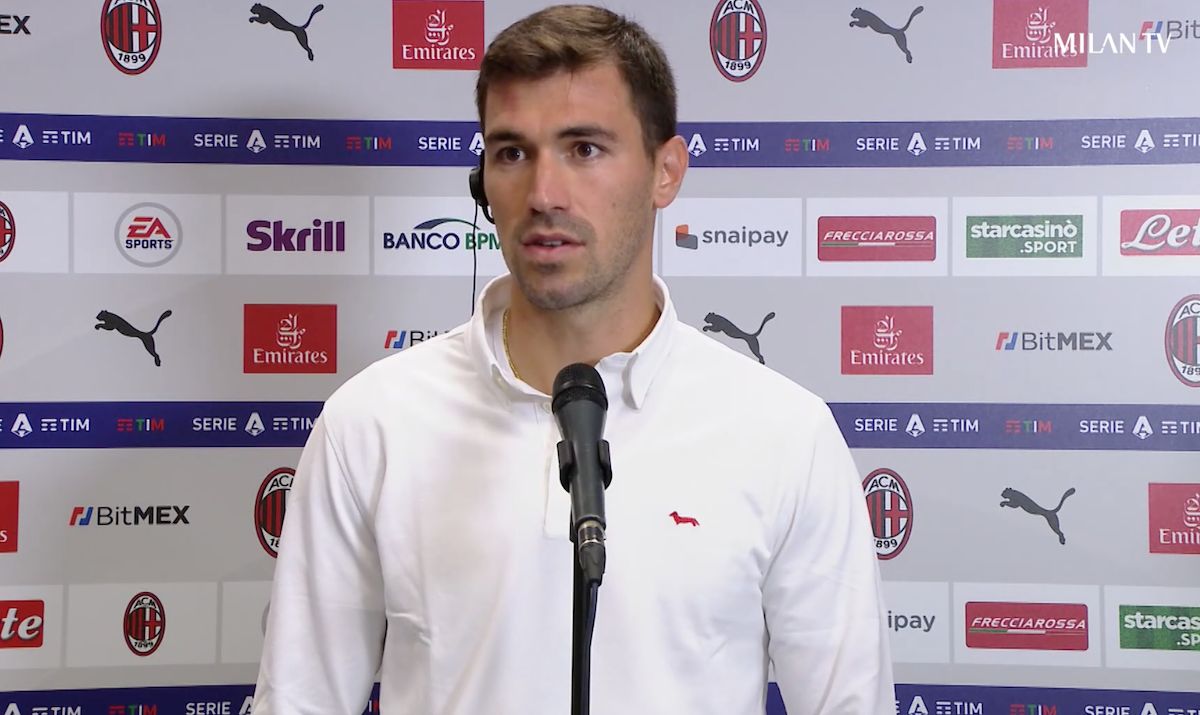 The Rossoneri ran out convincing winners in the end with a first half goal from Rafael Leao setting the tone and a second half tap-in from Zlatan Ibrahimovic, but one of the most satisfying things was keeping an attack at bay that had scored nine goals in their opening two games of the season.

Romagnoli spoke to Milan TV at the end of the game and offered a reflection on the win, with his comments relayed by MilanNews and translated below.

“There is a lot of satisfaction, I think we defenders played an extraordinary match. We played with the very high line and we didn’t leave room for Lazio. We know that Sarri’s teams are very good at dribbling, we were good at leaving them very little space and we were good at taking advantage of our opportunities,” he said.

At the moment there is plenty of speculation in the media about Romagnoli’s future at the club, given his contract expires at the end of the season.

“I only think about training well, I leave the chatter alone: ​​you will take care of the chatter. I just try to train well and prove my worth on the pitch. Sometimes one can succeed less and sometimes less, but the goal is always to work well,” he added.