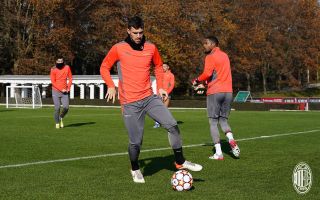 AC Milan defender Alessio Romagnoli is willing to take a big pay cut in order to remain at the club and extend his deal, a report claims.

Milan have been left with a few months to negotiate the extension of their captain given his current contract expires at the end of the season in June, and a number of sources have already reported that Romagnoli is negotiating the renewal of his contract at lower figures than what he currently receives.

According to il Corriere della Sera (via MilanLive), both Romagnoli and his agent Mino Raiola seem ready to approach the Rossoneri management’s ideas, which are to extend his deal but at a lower amount than he currently earns.

The paper explains that Romagnoli’s request is to have a salary of around €3.5-4m net per year which represents a significant reduction and puts him in line with the parameters set by Elliott Management.