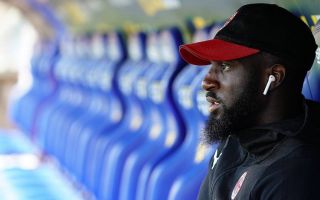 Tiemoue Bakayoko is still dreaming of a move to AC Milan a year after his loan spell ended, despite interest from Sevilla.

That is according to Fabrizio Romano of Calciomercato.com, who claims that Bakayoko has not forgotten about Milan and has maintained a very strong bond with his old team-mates and – perhaps most importantly – the Rossoneri fans.

The Frenchman’s quarrels with Rino Gattuso remain an open wound, but Bakayoko has apologised and understood his mistakes, and not seizing the opportunity to stay and carry on playing at Milan still hurts him. In essence, he would ‘rush back’ to Milan if the opportunity arose.

Bakayoko went to meet the Milan players after their 4-2 derby defeat to Inter earlier this year, keen to relive some of his memories at San Siro.

Romano adds that his current side Monaco are not yet certain regarding exercising their €42m option to buy which would see him move to the south of France permanently from Chelsea.

Sevilla also want the 25-year-old, but Bakayoko wants Milan. For now any talks of a return to the Rossoneri have stopped but the possibility of discussions cannot be completely ruled out. After all, if it were up to the player he would still be at Milan now.