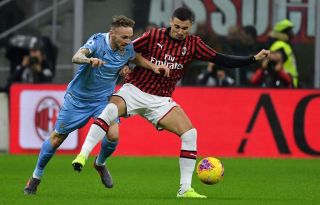 After a slow start to his adventure at AC Milan, Rade Krunic has picked himself up in the last couple of games. Against Lazio, the Bosnian got the chance from start and did surprisingly well, which changes things.

According to Fabrizio Romano, in his latest video for Calciomercato.com, the midfielder was one of the few positives from the game. Furthermore, the player has received important signals from Stefano Pioli, who wants to focus on him.

Therefore, as Romano states, the manager has ruled out the hypothesis if a loan departure in January. Indeed, the management is convinced that focusing on Krunic is the right call, moving forward together.

There will be a meeting between the club and the player’s agent in January to assess the situation, Romano continues. However, for the time being, the intention of both parties is to continue the partnership. Unless anything comes up, Krunic will remain.