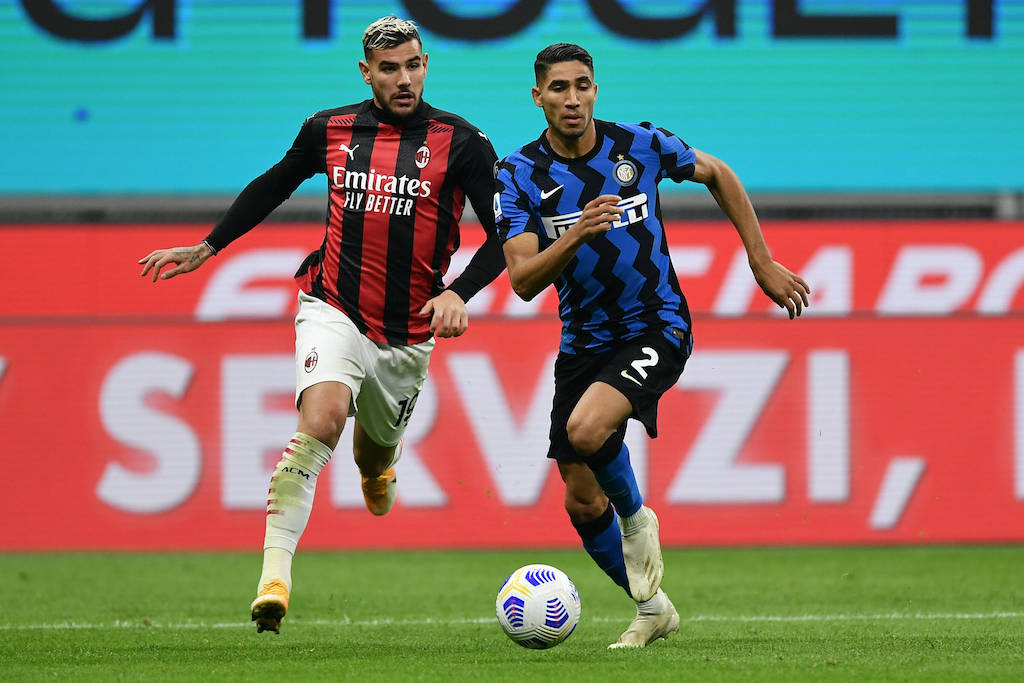 Romano: The background on Real Madrid’s decision to sell duo now starring for Milan and Inter

Real Madrid made the decision not to bet on two talented full-backs in Theo Hernandez and Achraf Hakimi, who are now lighting up the stage in Serie A.

As Fabrizio Romano reports in his latest for Calciomercato.com, Milan and Inter are enjoying two formidable full-backs who score, assist and push relentlessly. Above all, they constantly improve, two real masterpiece operations.

Regarding Theo Hernandez, the sale of the Frenchman in the summer of 2019 is a pure technical choice for a player who Real felt was not ready for a great team. Marcelo was an untouchable and it was decided to invest in Mendy, who arrived in the same summer from Lyon, so Paolo Maldini sensed the opportunity and signed him for €20m.

It is a figure that today is derisory given the player’s value but it was precisely the purchase of Mendy that created the abundance in the role and gave the conditions for Milan to make their move.

Hakimi meanwhile was sold because he was one of the players that Real Madrid knew they would be able to cash immediately for a budget in huge difficulty. When Inter put €40m on the table, they decided to accept because their losses are enormous, so much so that Real have not bought even a player in the summer and will do the same in January.