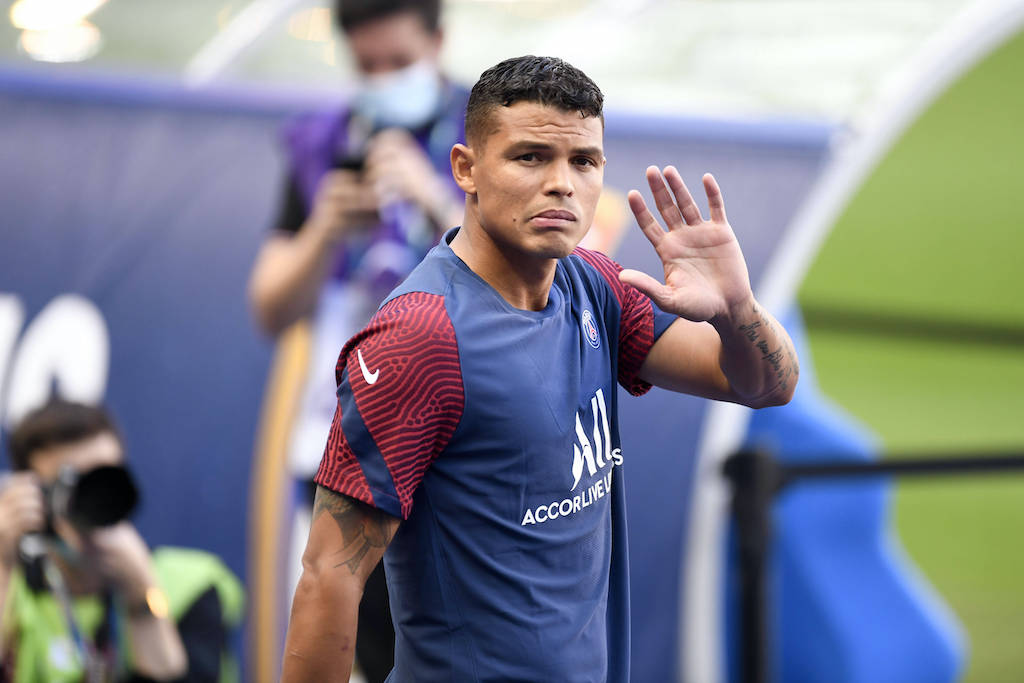 Romano: Thiago Silva ‘would be thrilled’ to rejoin Milan but the club have other ideas

Paris Saint-Germain defender Thiago Silva is desperate to secure a return to AC Milan but it appears the club have other ideas, it is claimed.

Several previous reports have claimed that Thiago Silva is hoping for a call from Milan, as he will be out of contract at the end of the season as Paris Saint-Germain have for now chosen not to renew him.

According to a report from Fabrizio Romano on Calciomercato.com, the 35-year-old ‘would be thrilled’ to be able to wear the Milan shirt again.

Of course he would be able to reunite with close friend and former Milan (and PSG) team-mate Zlatan Ibrahimovic and continue his excellent relationship with the Rossoneri fans, one that that never stopped.

In short, Thiago would say yes but the club seems to have other ideas. In June, when he decided to leave Paris, the Brazil international understood that the management have other plans and will not make another investment in player over 30 after the effort made to lure Zlatan back, especially given the salary that Thiago is asking for.

Milan are therefore ‘far away’, while Fiorentina have dreamed of signing him but it is unlikely that they will be able to do so.