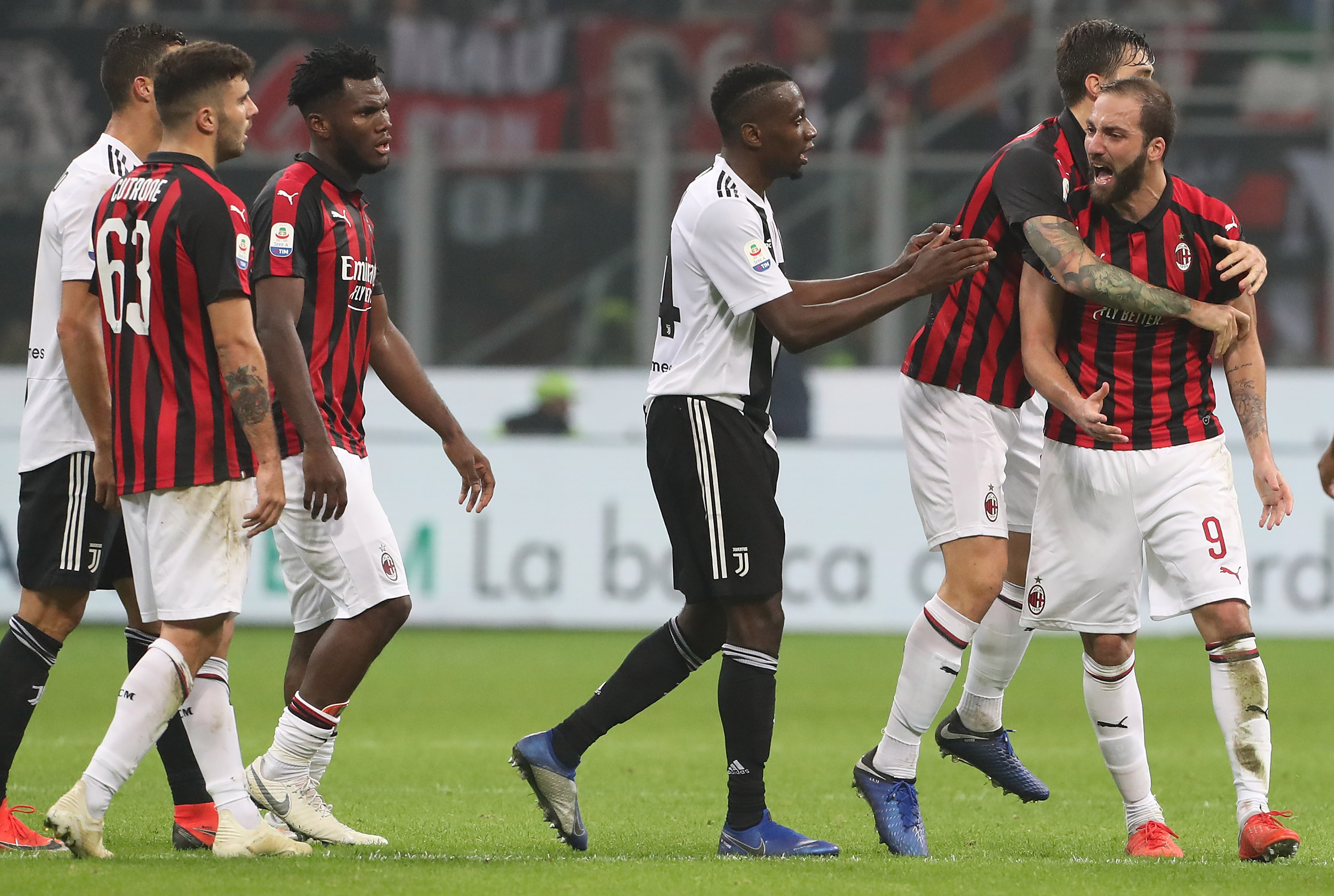 Ronaldo: “I hope Higuain is not punished too severely”

During the 2-0 defeat to league leaders and defending champions, Juventus, the Rossoneri had star striker Gonzalo Higuain sent off for double dissent.

Emotions ran high after the visitors doubled their late into the second half, thanks to Cristiano Ronaldo, and it culminated in Higuain losing his cool with the referee. The referee had no patience with the Milan #9’s frenzied protesting and promptly sent him off. No doubt, his missed penalty in the first half added to all his frustration.

Ronaldo, speaking to Sky Sport Italia after the game, said: “I told him to calm down, as he risked an even heavier ban. He didn’t do much, he was irritable at losing the game, that’s understandable and I hope he is not punished too severely.”

Other than the Higuain incident, the Portuguese superstar touched upon the game itself: “winning 2-0 at San Siro is no mean feat. It was important to win, because Napoli beat Genoa last night and we had to keep our distance.”

Ronaldo also said, “I am very happy, especially for the team, because playing away to Milan is always very difficult.”