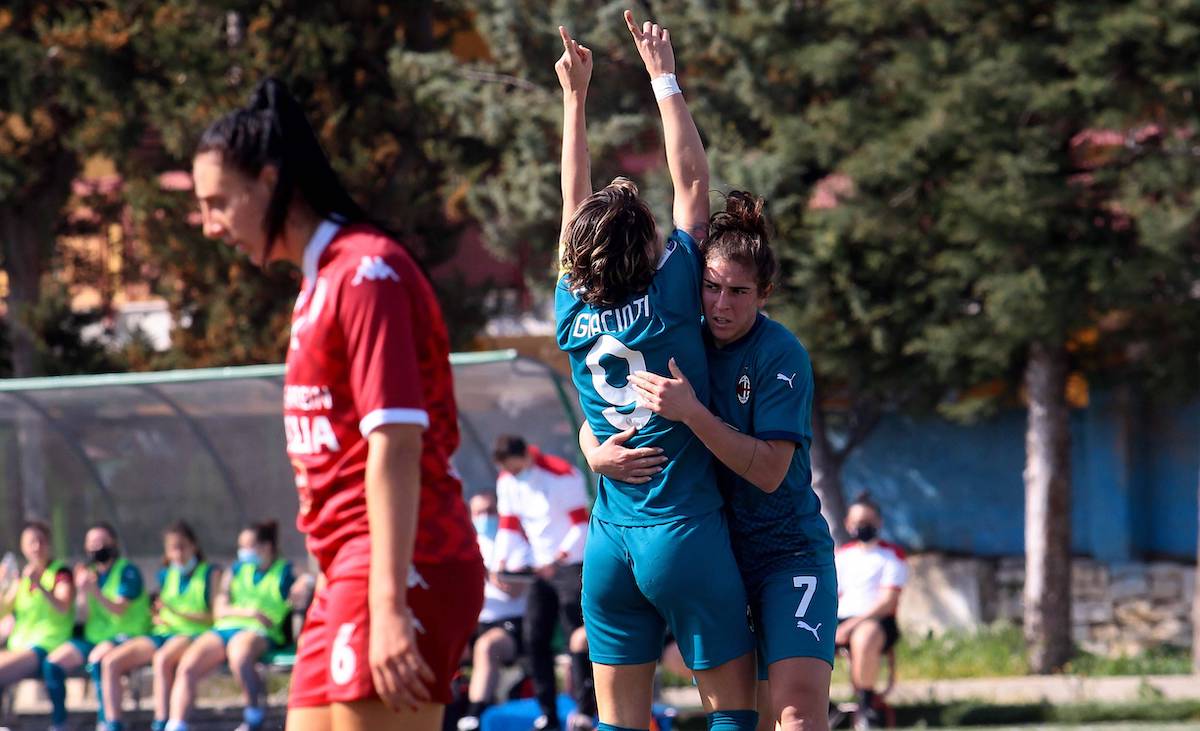 Milan are taking on Juve this Sunday at 12:30 CET (3:30am PST / 6:30am EST) in what will be a huge clash between the top two teams in the division, fresh off the back of the news that head coach Maurizio Ganz has extended his contract until 2022.

On the match against Pink Bari: “The game against Pink Bari pushes us to do even better against Juventus; we want to avoid a drop in concentration. That win gave us greater awareness [of our abilities and where we are as a team].”

On the match against Juventus: “I expect a tough match against Juventus with a  battle on every ball, and hopefully, we can achieve a positive result for us and for the club. We really want to win but above all we want to do well, and play a great game to show we deserve our second place.”

On playing with Vero Boquete: “Vero is a great professional and a great person.She’s good for all of us and has brought us a lot of professionalism and is teaching us a lot.”

On Yui Hasegawa: “When Hasegawa first joined I noticed how small she is! But seeing her on the field, she is impressive. She’s very strong and determined and is really skillfull.”

About her performances this season: “I’m satisfied with my season, but I think I could have done more. In the early games, I could have scored a few more goals for the team but picking up points is what mattered so I’m pretty happy.”

On winning trophies with Milan: “I’d love to win a title because it would be great to win in this shirt. I’ve felt bonded to it from the first day I wore it. From the first time I wore it, I’ve felt proudly Milanista and wearing it is a really special feeling.”

On playing for Milan and the pride of wearing the team’s jersey: “I feel bound the Milan from the day I put it on. I feel like I’m milanista inside and when I’m wearing the Rossoneri jersey, it’s really a special feeling.”

On the competitiveness of Serie A Femminile: “I believe that every game is crucial, starting from the Juventus one, but all games will need to be fought and won because this season has shown that a defeat can rule you out.”

On the Italian National Team: “When you go to the national team, the quality is high. The training is tough and each match is a chance to grow for everyone. I’m very happy to be part of the team and for what I’ve achieved.”